I have a gigantic extended Mormon family. I remember when I saw that movie "My Big Fat Greek Wedding" ten or so years ago and there was this scene where the protagonist tells her boyfriend, as if to brace him for something shocking, that she had SIXTEEN first cousins.

And she said this like she was setting a world record on having the most first cousins anyone has ever had in the history of the world.

I was confused. Because sixteen first cousins actually sounded like not very many. So I started counting my own. And you guys. Are you sitting down?


I'M NOT REFERRING TO YOU, [insert cousin's name who is reading this and just got super offended]. Obviously I'm referring to those other cousins we BOTH find annoying.

How can this happen? How can I have so freaking many first cousins? I'll tell you.

Cathie is the oldest of ten children. Most of her siblings have multiple children. This gives me somewhere in the 30-something cousin range on that side of the family.

Bob is the second oldest of eight children. All of his siblings have multiple children. This gives me somewhere in the 30-something cousin range on that side of the family.

Add the Cathie cousins to the Bob cousins, carry the one, snip snap, you get over seventy.

This is all I've ever known. And as a kid, I sort of always just thought that everyone in the world probably had over seventy first cousins. As I have aged and met more people, however, I have come to discover that my family is not normal. We are freaks. We are freaks who are almost single-handedly responsible for the over-population of the entire world.

This weekend we had one of our notorious gigantic family reunions with Cathie's side. When you add in all of the cousins' spouses and their children, plus the ten or fifteen friends that people bring for no reason at all, there ends up being somewhere around half the world's population standing in line for Cathie's spaghetti and wondering whether we're going to have to participate in any sing-alongs later.

There were so many people at this thing this weekend that there is at least a 45% chance that you were supposed to be there. 98% if you are a Mormon.

The reunion took place in a huge cabin buried deep in the mountains of southern Utah and it lasted a full weekend.

The moment I walked in, my 80-something-year-old grandmother who apparently watched the recent video of me telling about her obsession with Queen Nor on The Porch, walked straight over to me, put her finger in my face, and said, Mafia style, "you. exaggerate. A. LOT. Young man!"

I spent the next day and a half avoiding her terrifying glare until Sunday morning arrived and it was time to make what should have been a three-hour drive back to Salt Lake City.

I had driven my younger sister's car to give her a hand since Micalyne's husband wasn't able to make it and since she didn't want to make the journey alone with her two kids. Unfortunately, her children, ages four and one, began throwing up on Saturday night, heads spinning exorcist-girl style. And even more unfortunately, we awoke on Sunday morning to snowmageddon.

We slid down the mountain, screaming the whole way. Micalyne sat in the backseat with her two hysterically crying children, doing her best to calm them from their tummy aches and fear of riding through the snow.

Finally we made it to the freeway, where the blizzard blew on until we were stopped in a white-out of sorts, trapped in the middle of nowhere. We sat in place for a few hours frustrated and with terrible headaches.

My little sister Micalyne is probably one of the top five best moms in the world right now. She has this ability to be both terrifying and comforting at the same time. She's basically Cathie, except she doesn't pretend to have been attacked by an intruder with a machete just to see if she can make her 17-year-old son cry. TWICE.

But as I sat in the front seat of that car in that blizzard, watching my baby sister sit between her two children, ON MOTHER'S DAY, having been thrown up on and screamed at for the last few days, I saw a new personality emerge from my sister's tiny body that I had never seen before.

Her eye twitched. She looked like at any moment she could break out of the car and run barefoot into the snow, never to be seen again.

Finally, after a few hours had passed, her four-year-old spoke. This is the same four-year-old who sang us that haunting rendition of Let It Go a while back.

Micalyne: Nobody knows that better than I do, dear.

Emrie: We're supposed to wear dresses on Muv-ver's Day. When we get home, can I put on a dress?

Micalyne: Honey. When we get home, mom is going to lock herself in a bedroom and take a twelve-day nap. Your dad is going to forever be in charge of what happens in your life. If he wants to dig out a dress for you, have at it.

Sunday, 11:30 PM, on the way to pick someone up at the airport. Cop: Do you know why I pulled you over tonight? Eli: Is it because my hair looks really good and you wanted to find out what product I use? Cop: 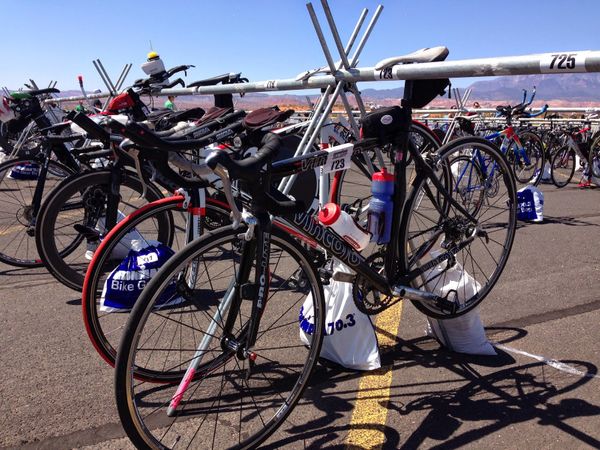 I have some news that is about to change your lives. Well, maybe not change them. But I suspect that you'll be excited to hear this news. Or you'll be