I really hope that one day puberty fixes this.

For the vast majority of my childhood I thought I was very dumb because I didn't pay attention in class and so I never had any idea what was going on. All of my friends were passing the spelling tests and math tests and history tests and I was sitting in a corner chewing on the collar of my shirt and imaging what it would be like to fly.


As a kid, I saw a story in everything, and I remembered those stories. I didn't have the patience to follow detailed instructions, but I could problem solve my way to a creative solution. And maybe I didn't have many correct answers to things, but I could talk my way to productive conclusions.

I guess not much has changed into my adulthood. I still can't spell (thanks spellcheck!). I get lost using GPS. I feel ignorant in the category of "useful information." But damn it. I remember stories wherever they happen and I'm great at smiling and saying "please" and "thank you." And that should count for something!

Fortunately as I grew into adulthood, I figured out how to learn in my own way, and as I got into my 20s, I stopped believing that I was a dumb person.

It's amazing how much more you can accomplish when you just stop believing that you're stupid.

I don't regret being an oddball as a child and I don't pity that little person now. I'm happy for who that kid was, because I see pieces of him in my all-growed-up self and they are all the pieces that I like the most about who I am.

One day in the fourth grade, we had "science hour" where the classes rotated to other fourth grade teachers who specialized in a certain section of the fourth grade science curriculum. We were visiting Mrs. Nelson's class to learn about rocks or bacteria or electrons or something. I don't remember. I probably didn't even know then. See above for why.

I was wearing MC Hammer pants that day that Cathie had so graciously made for me. They were neon green and they had both an elastic waist band AND drawstrings. I loved them with every fiber of my being and would surely still wear them today if they weren't made to fit a seven year old.

Yes. I had been wearing these pants for at least three years by this point. No, they did not still fit me. No, it was not still cool to wear MC Hammer pants in 1994. No, I was not aware of this.

Sometime during science hour, during which I was a visiting student to a foreign classroom where I sat in another child's desk while she visited a different classroom as a part of the rotation, I began daydreaming.

Not really thinking about what I was doing, I began tying my drawstrings from my MC Hammer pants firmly to the desk. I tied tight knots around the desk's bars. I double-knotted and triple-knotted and tied knots on top of other knots and pulled them as tight as I possibly could. I tied one of the drawstrings to the side of the desk, and the other to the chair on which I was sitting.

I imagined the scenario where gravity suddenly reversed and all of my peers fell to their ceiling-bound lives. I imagined their cheers of praise as they realized that I was clever enough to tie myself in place so that I could go about saving everyone who was not prepared for this natural disaster.

Never mind that this desk and chair were not mounted to the ground. Never mind that even if they were, my body, dangling by drawstrings, tearing apart the MC Hammer pants that had long-since seen their day, there wouldn't have been anything helpful I could have actually done for my classmates.

You guys. Science time was only one hour. I didn't have time to work out all of the plot holes.

And never did I wish that science time was more than one hour than when Mrs. Nelson told us that our lesson had concluded and dismissed us to go back to our own classroom.

A flash of panic ran through my little body as reality hit me and I watched my classmates line up at the back of the classroom to make their march back to home room.

Damn the Cub Scouts and all they taught me!

Somehow my class left the room and Mrs. Nelson's class returned, all without anyone noticing that I was stuck in place.

A little girl approached and demanded that I get out of her seat. I pointed at the knots. And then she started crying.

AS IF ON TOP OF EVERYTHING ELSE I NEEDED TO DEAL WITH THIS, TOO.

Mrs. Nelson saw the commotion and came over, asking why I hadn't gone back to my own classroom. I pointed at the problem.

I'll never forget the look she gave me. It was the kind of look you would give if you were asked to clean barf up at work and you suddenly found yourself doing a quick analysis about whether or not you're getting paid enough.

She asked me if she could get some scissors and cut me free.

This wasn't true. Cathie would have probably loved nothing more than to see the destruction--even a minor destruction such as was contemplated here--of those MC Hammer pants.

Cathie would not have been mad. The protest was motivated entirely by my own desires to preserve MC Hammer's memory at all costs.

Mrs. Nelson sighed, got down onto here knees, and began picking the knots, one-by-one, with her two-inch fingernails.

The 30 students in her class gathered around and watched, all to the sounds of sniffling little girl who wondered if she was ever going to get her seat back.

This is where memories from childhood begin to fail us. I can't tell you for sure how long it took, but in the deep and exaggerated recesses of the "embarrassing stories from my childhood" section of my mind, the knot-picking took at least three hours. In reality, it was probably done in less than five minutes.

But however long it took, it was long enough for my own class to get started on its next lesson, because when I returned to my classroom, Mrs. Goodrow was already well into a math problem on the blackboard.

My next report card had listed under "remarks" things like, "daydreams often," and "writes stories in the cover of books," and, with a star in front of it, "tied self to desk during science time."

Bob and Cathie had never been prouder, surely.

Every once in a while now I think back to that time I tied myself to a desk in the fourth grade, chewed on my collar, and was oblivious to the social consequences. And I think, "wow. I'm a lawyer. I've come a long way."

And then I return to my game of "Meow that Tune" with Daniel.

A Conversation with Bob and Cathie about being a Grown Up Cathie: Son. Did you really get a speeding ticket a few weeks ago? Eli: How did you guys hear about that!? Bob: You posted it on your blog. For the whole world to 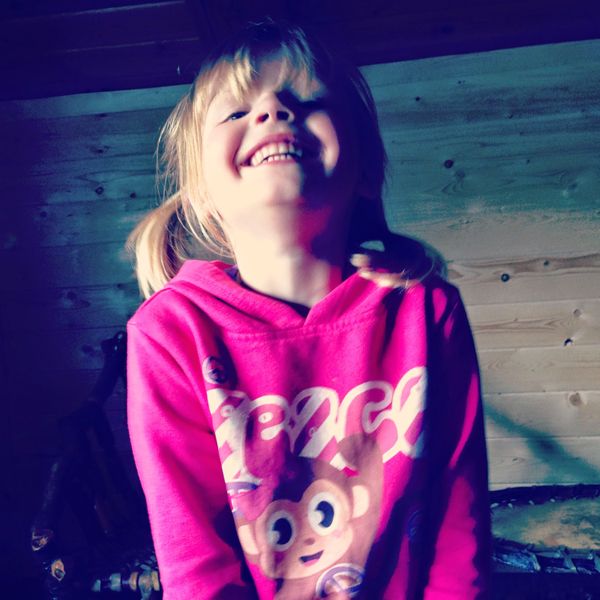 I will forever and always be jet-lagged for as long as I live. I've been home now for about five days but I feel like I've been dead for about