The other day Matt asked me if I had any time this week to take Ollie back to the spay and neuter clinic to get him checked out. His unmentionable area looked weird and Ollie has been licking it like it's an Everlasting Gobstopper for the last month. We were getting sick of being those people with the pervie dog so we thought we ought to make sure something wasn't wrong.

The clinic could only see Ollie in the mornings when Matt isn't available and since my schedule is pretty flexible this week, I told him I would be happy to take care of it.

I had no idea that I was about to experience the emotional assault that was waiting for me inside that depressing death chamber.

It was like Ollie knew where we were right when we pulled up. His claws extended five inches and he clung to me as though I was a bobbing table in the Atlantic Ocean and he had just come from the Titanic. Also, he was wearing the Heart of the Ocean.

Things got worse when we walked through the door. Dozens of cats and dogs shut in boxes were scattered about the floor. Two stressed-out receptionists were juggling answering the phone and assisting the man from animal control who had brought these animals in to be euthanized.

I'm not kidding. I heard them say the word. That's really what they were there for. I almost started crying. With one wave of the hand, I nearly yelled "I'll take the lot!" And I don't even like animals. Besides Ollie. But he's different. Ollie is my soul-mate.

Then I played out in my mind what would happen if I did "take the lot" and I saw myself driving half a mile down the road with a carload of cats before opening the door and releasing them back into the wild to have more babies and cause more problems. And then I would have to go back and adopt more cats and just do the same thing all over again. And pretty soon there would be more cats in Salt Lake City than people and the cats would start euthanizing humans and, well, what kind of a mess would that be?

Oh my gosh. Someone call Stephen King. I have a new story idea for him.

But before I could make a final decision about mass adoption, a man walked over to me and asked me to hand Ollie over. It was the hardest thing I've ever done in my entire life. I swear Ollie was reaching for me with his four tiny paws when he was pulled away by the vet. His puppy dog eyes stared at me as he was carried out of the room, as if to say, "don't you love me?" I mouthed the words, "I'm so sorry" and then remembered that Ollie doesn't read lips. And I got embarrassed because my eyes were watery from the whole euthanization situation AND from having to give up this puppy who trusted me.

And then I realized why Matt was so conveniently unavailable to make this wretched appointment.

The vet walked back out two minutes later and told me that Ollie was perfectly fine and that he wasn't sure why we were so worried and "these things take time to heal."

I needed to go into the office so I drove Ollie to Matt's house and shut him in Matt's bedroom with all of his toys. Then I sent Matt this picture, with a text saying that he was safe at home and that everything went fine at the clinic:

Matt responded, saying that that folder in the background of the picture on the desk was probably going to be destroyed by the time he got home. Ollie has been going through this phase lately where he really likes to eat paper. At least, we hope it's a phase. He's been doing it since birth.

A few hours later, this picture was sent to me:

Matt's birth certificate is somewhere in there.

I asked him whether he thought that Ollie was so mad about having to go back to the neuter clinic that he ate the birth certificate to symbolically show Matt that he wishes Matt had never been born.

The question was probably answered by the following picture:

Ever come home to a pet disaster? 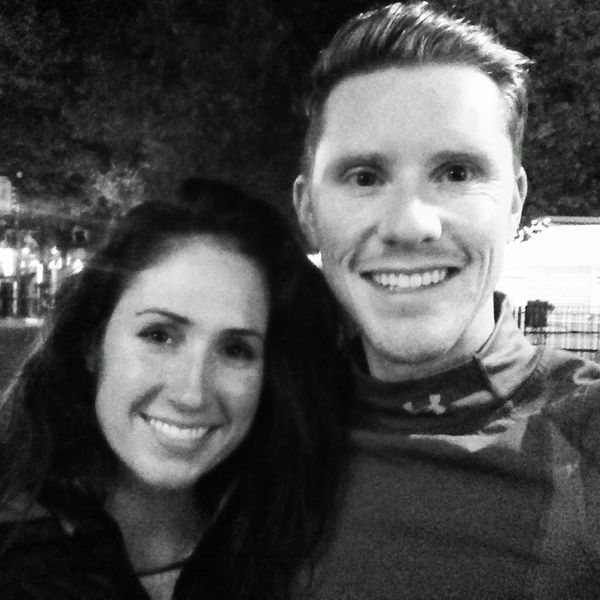 I met Hannah Rose three years ago. We both ran in the same 5k and took first and second place. (This was not a very competitive race, but we usually

Ring ring. Eli: Respecta! This is the stage name I have chosen for Rebecca. Rebecca: Eli. I'm trying to get a hold of Matt to ask him some important home repair questions. But he isn't answering. Eli: Well you can ask me those questions,