I spent a lot of time last week in the car with Bob and Cathie. It was a blast. I highly recommend road-tripping with people in their 60s, especially if those people are my parents. They listen to Paul Simon the entire time and have the best, yet outdated, gossip you've ever heard. But more than anything:

Things Cathie Said in the Car

"Eli, that picture of you is cute. If you post it on your blog all of the girls will love it! Oh, and the boys. AND THAT'S OK."
"Does anyone want a snack?" [Cathie pulls a whole unpeeled lemon out of her purse and holds it up.] "I have more of these."

"I wonder if we're going to run into snow on our drive. We should send a bird ahead to bring back a leaf or a snowball. Isn't that what Noah did?" [Cathie giggles at her own joke.]

"What is the deal with that Kim Kardashian? She's naked everywhere. It's very disappointing. I wonder if she would keep doing that if she was fatter."

"And what kind of name is Knorth West? That's not a name. It's a misspelled direction. It's something an uneducated harlot would have tattooed onto her rear-end."

"Whatever happened to that Ja Rule? I guess he had his 15 minutes of fame and then forgot to take his clothes off so he was done."

"I heard that Jay Z has a love child and you KNOW that poor Beyonce is not going to be happy about that."

"I saw a man at Disneyland who had his pants hanging down at his crotch and his rump was sticking out. He had to squat while he walked so they wouldn't fall down all the way. It was not a good look for him."

*****
Cathie: This rest stop reminds me of the place that hooker tried to get into our car once when your father and I were driving to Vegas.

Eli: And how do YOU know what a hooker is?

Cathie: Well I found out when she tried to get into the car.

Cathie: Son, do you want some pretzels?
Eli: No thanks, mom.
Cathie: A banana?

Eli: I'M GOING TO SAY NO TO EVERYTHING YOU OFFER!

I rolled into my house sometime late in the evening last night to get some rest. As usual, it took me three or four times longer than I anticipated to get ready for bed. No matter how tired I am and no matter how 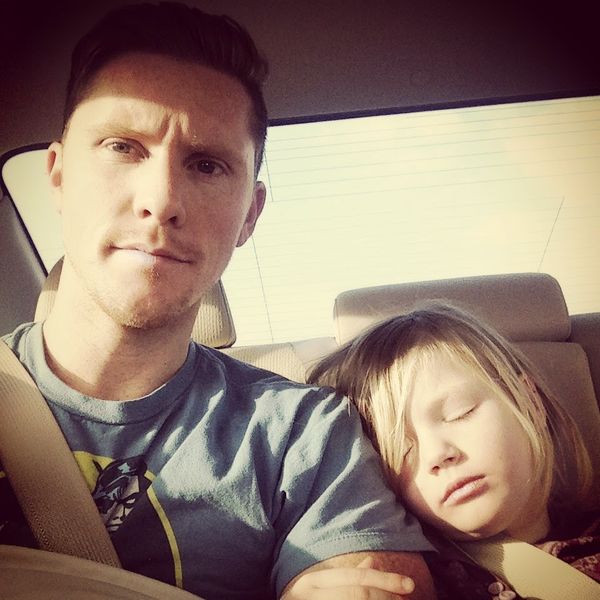 I made it home with my family from Disneyland. THE HAPPIEST PLACE ON ALL THE EARTH AND DON'T YOU DARE DISAGREE. I'm tired up in here. But so happy I