My birthday was on Monday and I turned 31 which means that I am now in my 30s. It was sort of a state of limbo for a while because when you're 30 it means you're not in your 20s anymore but it also doesn't feel like you're in your 30s either. You're just 30. The only thing you know for sure is that you're very much closer to being barren.

But now. You guys. I am in my 30s. This is the first grownup decade. I have eye wrinkles. I know people from high school who have children in middle school. My hip hurts when it rains. Bob and Cathie are no longer playing games with the whole "WHERE THE HELL ARE OUR GRANDCHILDREN?!" thing. I could impregnate a terrorist out of wedlock right now and Cathie's joy would still be so big you could see it from space.

Bob and Cathie asked me to meet them for dinner on Monday evening. I assumed this was a trap so they could corner me about the above-mentioned offspring issue. And I was kind of hopeful that this would finally be the formal intervention with the reading of letters and the cameras and the tears because I'm getting tired of all of the informal interventions that feel so unplanned and don't involve cameras so all the time I spent on my hair is a complete waste.


So I went. And it was a pleasant dinner. And there was no mention of whether I was even trying to multiply and replenish the family. And then we walked out to the parking lot. Bob and Cathie said they had something in their car they needed me to bring back to my house and give to Wade. Then they handed me a bag of food and party supplies.

Cathie: Give this to Wade. He'll know what to do with it. [Excessive winking]

Eli: So, there's a party happening at my house when I get home?

Eli: It's a surprise party?

Cathie: What? What are you talking about? [Nodding her head]

Bob: If it was a surprise party, we obviously wouldn't tell you. [Communicating more with his eyes than with his words]

Cathie: And tell Wade thanks for the invite but we looked at the invite list and it didn't seem like our scene.

Cathie: Too wild for us.

Bob: And it's a school night.

Cathie: And we don't want to have to drive all the way there AND THEN have to be the life of the party the whole time, too.

Bob: We're sick of having to be the life of the party all the time.

Cathie: Plus we have, like, 20 other parties to go to tonight.

Then they got in their car and left me, standing in the parking lot, holding the supplies to my surprise birthday party waiting for me at home. 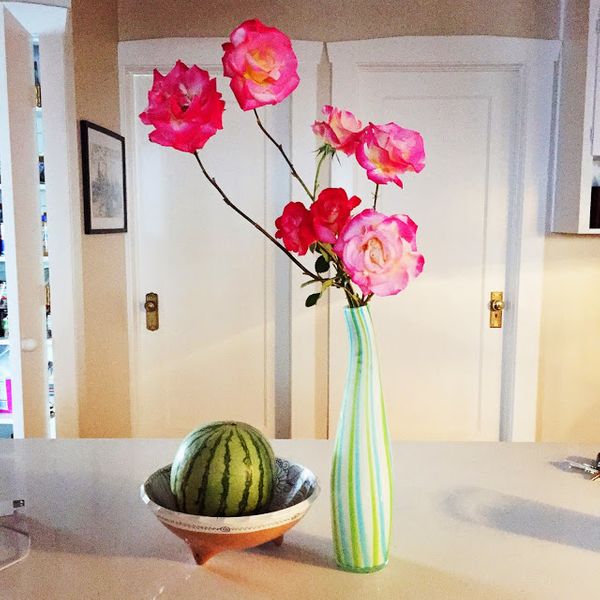 Today after I left the office I went to the gym to swim. As I often do, when I exited the pool, I entered the steam room for some light 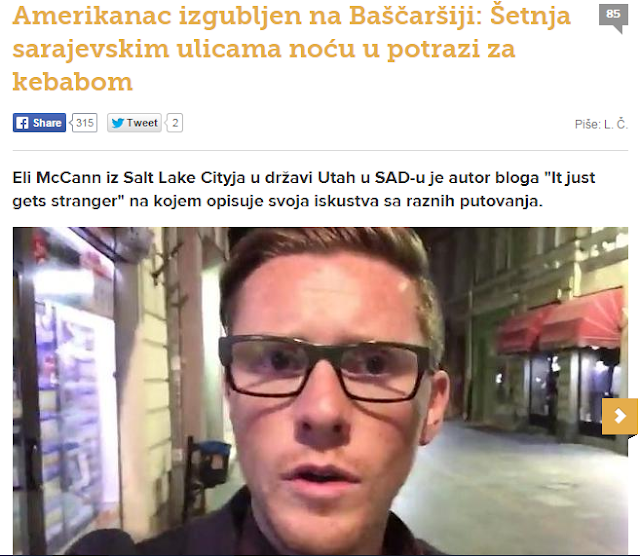 You guys. A strange thing happened this weekend. I woke up to some messages from a friend I made in Bosnia. The first message said: "I wonna send you a