I have no idea whether this is profitable or whether it is worth the hassle, but he seems to enjoy it. So much so that I get eleventy texts from him every single day with pictures of vehicles and a series of emoticons I have no idea how he accesses because nobody has ever shown me an emoticon manual and BACK IN MY DAY if you wanted to learn how to use something, you had to look at the manual.

Nowadays, everything is just intuitive for the kids. You go buy a phone or an i-thingy or a mac-a-something and there are absolutely no instructions on how to use it. The kids just pick it up and immediately know how to navigate the universe on their touch screen. WHILE DRIVING.

When I was a kid we found out that the library computers had this unbelievable technology where you could tap on the computer screen to navigate the book selections. So we, the children of the '90s, BEGGED our respective Bobs and Cathies to take us. This was only a few years after my entire family gathered around an answering machine one evening, excitedly, to watch Bob nervously record the outgoing message. Then we called Aunt Diana and asked her to call us back to see if it worked and when it did we JUMPED up and down and screamed.

You guys. Someone could leave a message for you even if nobody was home to answer the phone. What was this?! THE JETSONS!?

Nothing impresses the kids now. I told one of my nieces recently about how excited I was when my friend Jared and I got Walky Talkies when we were 10 and accordingly we could communicate on them from nearly a house away. She stared at me blankly, unimpressed despite the formidable enthusiasm building ever-so-gradually in my voice as the story continued, and then asked, "why didn't you just use cell phones?"

CELL PHONES! You guys! The kids! Unimpressed! No concept of hardship! No idea how we had it! Up hill both ways in snow up to here in a mini-skirt during Christmas down in the coal mine with no shoes on our feet and one meal a day if we were lucky right after farm work at 3:00AM before school! In the desert! IN. THE. DESERT!

Anyway. I got off track. Where was I? Oh yes. Eleventy vehicles in my driveway because Young Wade is a car hoarder.

I don't have a wide driveway. It's actually incredibly narrow. I think I've mentioned to you before that driving into the driveway requires a level of precision you typically only have to access while playing Operation in 1992.

Since I live on a steep hill, the ground is not level anywhere with any other piece of land so there are relatively high concrete retaining walls on either side of the driveway. Retaining walls that you will 100% crash into if your vehicle is not directly aligned with the North Star at any point while you are in motion on the driveway.

I'm telling you. This driveway was not designed for modern-day vehicles. And when I stand outside and look at it, I do not understand how any car of any size is able to fit between the retaining walls. I am 1,000 percent convinced that black magic is involved in this somehow.

Because the driveway is narrow, in order to fit eleventy cars on it they have to be parked front to back. Fortunately, my driveway is exceedingly long. So long, in fact, that I have figured out that with one car in the garage and with the remaining cars tightly packed, I can fit 6 to 7 vehicles on my property. And 6 to 7 is approximately equal to eleventy, give or take a plermuggon, so it all works out.

Unfortunately, this parking plan has created a logistical nightmare that has become one of the most stressful things I'm currently dealing with in my life.

Because it is oh so inconvenient to have to get out of bed to play musical cars when Young Wade is trying to access the one at the very front of the line, it is imperative that we coordinate the car packing each day based on anticipated future use.

And we can't just park vehicles on the street because since I live adjacent to a private college, the neighborhood has bizarrely restrictive street parking regulations that are intended to keep the youthsssss from clogging our roads with whatever kinds of cars the youthssssss are driving these days.

Apparently I can get some kind of parking pass since I'm a resident and the pass should allow me to bypass most of the rules. But I haven't done it yet because I don't have time. Because eating and TV.

Every single time we have to play musical cars, there is at least a 72% chance that one of us is going to crash one of the vehicles into one of the retaining walls. And somehow, every single time we play musical cars, all of The Perfects are out in their front yard watching us. Mr. Perfect, Mrs. Perfect, Boy Perfect, Girl Perfect, and Dog Perfect. ALL of them. Positioned like they are in a family portrait. Because that's how they always stand. With their perfectly coiffed hair and neatly ironed and trendy but respectful clothing. Politely smiling and waving as though they are June Snapple on a float in the Pioneer Day Parade right behind Santa on the motorized recliner chair. Literally the best place to be in the Pioneer Day Parade.

And they watch us shuffle vehicles. One of us, the one who was just dragged out of bed, is usually half naked and still somewhere in the middle of a REM cycle. The other one is usually screaming at the half naked one to hurry because he is always running late to something. And The Perfects just watch this. And judge. Because I've given them enough ammunition at this point that it is truly impossible for them to live next door to me and not judge.

Last week I became very worried that The Perfects might think that I've turned my home into a halfway house and that's why there are eleventy vehicles in my driveway at all times and so I decided to try to explain our situation to them when I saw them standing out on their perfectly manicured front lawn.

Eli: Hahahaha! Right?! Anyway, so, can you believe all the wind lately? What is this? The Wizard of Oz!?

Eli: And how 'bout that mailman? That jerk is sure a pain in butt. Wouldn't mind seeing him fall through a manhole one of these days. Amiright?!

Mr. Perfect: Jerry? We really like Jerry. He's always so kind to us.

Eli: Ok. I have no way to relate to you people. Anyway, I just wanted to let you know that this isn't a crack house or whatever over here.

Mrs. Perfect: [moving her children behind her with both arms] Uh . . . good?

Eli: I mean, it probably looks like a crack house or a brothel or like we have a meth lab, what with all these cars!

Eli: And you guys were probably thinking, "he has a meth lab over there and hasn't even hooked us up with any of the good stuff!?" HAHAHAHA!

Eli: Oh, I'm totally kidding. I would never do meth because it ruins your teeth. Oh, AND [raising my voice to direct the next comment to the kids as though they are either hearing-impaired or standing really far away] just say no! Drugs are illegal and no one will want to make out with you in the backseat of a car if you do them! [Winking at the parents]

Mr. Perfect: So, we should probably get going. We have . . . to not be here anymore. 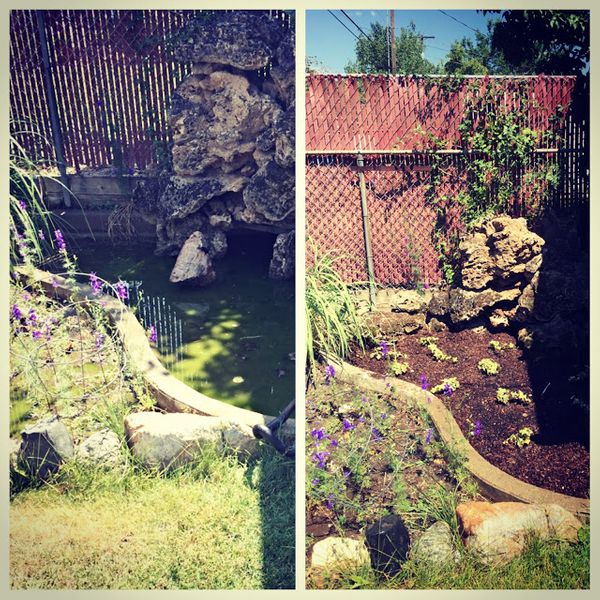 I know this story is going to sound exaggerated but I swear to you it is not. You guys. I'm a mess. My life is a mess. The decisions I

My friend and I were sitting in a bookstore a few hours ago watching a hipster play a violin (quite well, I might add). He interrupted his own music every once in a while to give a very long explanation about how we are