A quick note before we get into today's story: A huge thanks to the hundreds of you who have joined us over at Imzy so far. It has been incredibly fun to interact with you there and not do anything else like my job or responsibilities. If you haven't joined yet, please do so now at this link.

Since we are all hipsters now and because this is Imzy's beta testing, we have a uniquely loud voice right now when it comes to feedback. So if you have any feedback about how Imzy is working or what you would like to see there, let me know and I'll be happy to pass it on. So far they've been wonderfully quick at implementing suggestions.

Also, a couple hundred of you have won June Snapple shirts so far and if you don't email me pictures of you wearing them and/or canvassing your neighborhood for June's candidacy, THEN I GUESS THIS ISN'T EVEN AMERICA ANYMORE.

In other news, you may remember my naively optimistic plan to bury the dilapidated concrete pond in the my backyard, which The Perfects informed me last summer has been holding stagnant water for at least four decades now.


I tried something, and thought I had popped a hole or two in the bottom of it to aide in draining water. And then I filled it with dirt and planted some ground cover plants, believing that all of my problems would go away and I would probably get to go to Disneyland next.

Let me be clear: My problems did not go away. The plants died. And no Disneyland.

The plan seemed to be working ok for a little while during the very hot summer months. It would occasionally rain a little bit, the plants and dirt would soak up the rain, and no toxic wasteland would take up residence on my property.

Then, in the late summer, we sustained several weeks of abnormal rain. And the pond filled back up to capacity. And that turned into green sludge. And 3/4 of my neighbors died from this.

So I knew desperate times called for desperate measures and I would have to finally take this matter into someone else's own hands WHICH IS WHY I called Adam and Matt.

They agreed last week to help me rent some contraption from Home Depot to drill holes in the bottom of the concrete so it could at least drain until I decided to finally break down and pay someone to come in and demolish and remove it.

This was a royal pain in the word-Cathie-thinks-we-don't-know, but it seemed to work, and I let it be, too busy with work and Strangerville and Ironman training and TV and candy and taking naps to deal with it anymore.

Then on Friday I left town for a weekend in Zion with some friends.

Matt was texting me throughout the day, asking when I would be home. This was suspicious because the only time Matt usually takes concern with my whereabouts is when he's hungry and my schedule is somehow interfering with his ability to obtain food.

But I did not expect to come home to find this:

I couldn't believe it. They came and ripped the entire four hundred trillion pounds of asbestos concrete out of my yard. And by "they" I mean Adam. By the testimony of at least two people, Matt mostly just watched and complained, because apparently he turns into me when I'm not around to assume that role.

It was one of the nicest things anyone has ever done for me. I couldn't believe it, and I got a little emotional when I thought about how much time and effort that must have taken.

I actually think they wrote this song for this exact situation:

Although, to be fair, I don't know how generous Adam intended this act to be. I did discover a bill in my kitchen for "$3,000,000."  I'm not sure how serious he is about this bill, but he has brought it up multiple times, never while smiling.

Now I have four hundred trillion pounds of concrete in my backyard that I need someone to haul away and I was thinking that if every one of us takes one piece of concrete away, we can have the job done in no time!

This is team work, guys! STOP BEING SELFISH. 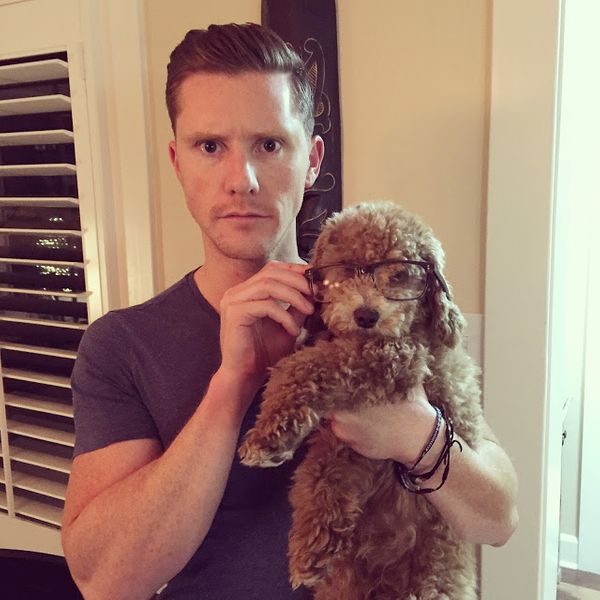 I haven't laughed as hard as I have this week reading all of your interactions on Imzy since [insert a funny thing]. I got an email from the Imzy people 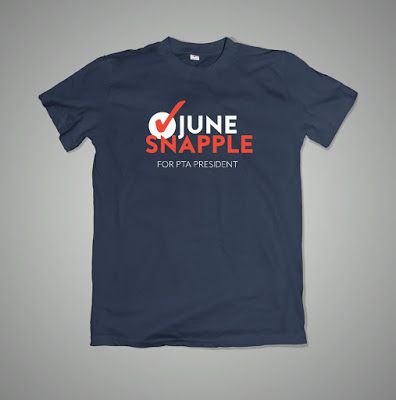 You need to read all the way through this post to find out how to get this shirt. Yes. Stranger just did that annoying thing American Idol does where you