Remember how I went to hot yoga two years ago and I told you that I sweated so much that when class ended the instructor had to swim to the door and open it up and everything in the room came flooding out into the lobby like it was a scene from Titanic with exactly the same amount of nudity?

Well I did that again. I guess just exactly enough time had passed for me to not adequately remember how terrible yoga is and how it is made exactly 104 times more terrible when they make you do it in a room that is 104 degrees. Plus times 90 because that's how many minutes the class lasts. Plus bonus points because the instructor was super scary and she kind of looked like the Grand High Witch from that movie Witches.

My friend Josh has been trying to get me to go with him for a while. We're neighbors and there is a Bikram yoga studio at the end of our street, the same one I went to two years ago.

He finally talked me into it the other day. I was feeling weak. I would have agreed to anything in that moment. Bob and Cathie missed their single best opportunity to manipulate me into giving them grandbabies.

Because I hadn't been to this class in over two years, I really didn't remember much about it. I couldn't remember what I was supposed to bring. All I really knew was that I wasn't supposed to be completely naked. Just mostly naked. Like how I dress when I go to the dentist.


So we showed up. A bunch of middle-aged people who looked centered and present and all that crap ushered us in and instructed us to remove our shoes and our outside cares at the door. I only removed my shoes because you couldn't pry my paranoia from me with a crowbar. Trust me. My therapist has actually tried this tactic.

Then we went into THE JAWS OF HELL.

It triggered every ounce of PTSD in me.

I'm telling you. The next time someone says "OMG! You are so lucky you lived in Palau! A tropical paradise! What was it like?!" I'm going to quietly send them to a Bikram yoga studio, release 1,000 giant mole rats, turn off the wifi, and lock the door. FOR ONE YEAR.

Because it had been so long, and I couldn't remember what I was supposed to bring to this thing, I totally forgot to bring a towel. Which besides fast-acting-poison is the single most useful item one can have in a Bikram studio.

Because holy sweat, you guys.

I was the only person in the whole room who didn't have a towel. Just my yoga mat that basically turned into a slip-n-slide within the first 5 of the 90 minutes we were being tortured in there. And once I realized this, the only thing I could think about for the rest of the session was whether I could possibly convince everyone to put their yoga mats in a long line to make a legit slip-n-slide and just do that for the rest of the class.

But I bet they would have all said no. What with my pinkeye and all.

Also, I thought of a joke and had to repeat it to myself over and over again so I wouldn't forget to tweet it after. Because I tweet now.

The grand high witch could see that I was a novice from 1,000 miles away, so she directed 100% of the individual feedback she gave solely to me. She would occasionally leave her podium, walk to the very back of the room where I was folded into the shape of a pretzel that they had to throw away because it came out all wrong, and she would YELL at me. But "yoga" yell, so it was really more like talking in a very disappointed voice. The same one Cathie uses after she hears me say "hell" or "damn" or "I think I'll just buy that at the store and not make my own."

Grand high witch also got super passive aggressive at one point when I sucked every drop of water out of my water bottle at the 7-minute mark because apparently you're not supposed to distract other people with those "deafening noises" while they are "in pose." And I was like, "oh I'm sorry. THAT YOUR STUDENTS ARE SO BAD AT THIS THAT THEY CAN'T COMPLETE THEIR TASKS WHEN SOMEONE NEXT TO THEM IS JUST TRYING TO STAY ALIVE."

Josh was polite enough to walk out with me when it was over and not pretend like we didn't go together. But we didn't dilly-dally at all and I have to assume that's because he was embarrassed.

But I never once got naked when I wasn't supposed to so those people should be celebrating my victories.

You guys. The greatest thing that has ever happened in the history of happenings in the history of the entire United States of God bless Earth in order to form a more perfect union may the odds ever be in your favor with liberty 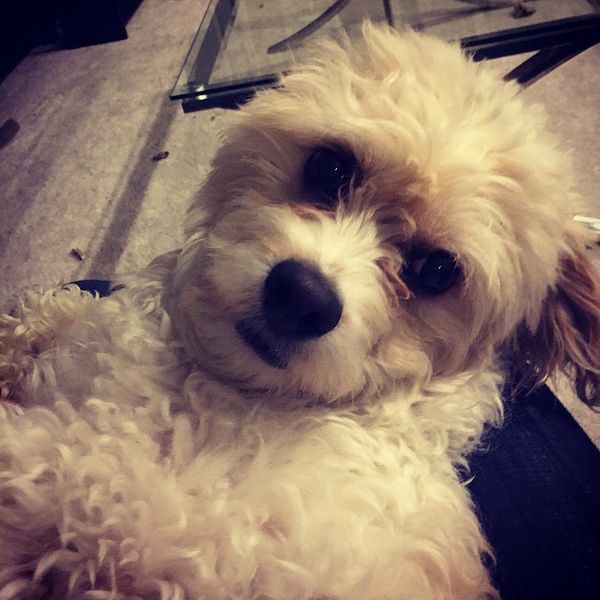 Matt brought two birthday presents to my house yesterday and said one was from him and one was from Mr. Pants. He assured me that Mr. Pants thought for a