As I mentioned to you recently, I've been engaged in a new quest to meet all of my neighbors and become the most popular person on the block, so much so that they all start listing me as their emergency contact.

You guys. I would be an amazing emergency contact. There is literally no emergency too big for me to be contacted about. I would answer that phone call with all of the professional dignity required of the role. I'm not saying you're stupid if you haven't listed me as your emergency contact yet, but I am saying that you're missing an opportunity.

In an effort to meet the above-mentioned goal, I walked across the street and met Ruth.

Ruth is constantly gardening and manicuring her perfectly-landscaped yard and so I've had occasion, regularly, to send a friendly wave her way as I've come and gone over the last nearly-two-years since I moved into this house. But we had never met, until last week.

Ruth was friendly. She doesn't look old, but she informed me that she is, in fact, basically older than the Titanic. And she proved it by updating me on neighborhood gossip that preceded the maiden voyage.

We had some very friendly conversation. I was on my best behavior, attempting with all my might not to say embarrassing things, understanding that it was unlikely that Ruth was going to be as easily able to absorb my awkwardness as was Lynn, the unintentional cat lady I told you about recently.

You guys would have been so so proud of me. Until.

Eli: No. I live alone in the house.

Ruth: Oh? I could have sworn I saw a little child playing in the front yard recently.

Eli: Hmmm . . . Oh, you know what, there's a little dog that frequently comes to visit. That's probably who you saw.

You guys. I swear to you, it seemed perfectly reasonable in my mind at that moment that a person could possibly look across the street, see a 20-pound white dog taking a crap in the yard, and think "what a cute child!"

I mean, in my defense:

But let's set aside for a minute the fact that Mr. Pants has become such a human in my mind that I implicitly think other people might confuse him as one. Let's also ignore the fact that I thought it was appropriate in my conversation with Ruth to lecture her on the visual differences between human children and white fluffy canines. For the sake of argument, let's all just decide not to dwell on this very interesting assumption and choice. And let's instead focus our collective energy on trying to figure out how this next thing happened:

Eli: Don't even feel embarrassed about it. I do it all the time. Sometimes I have full blown conversations with him where I do a voice for him and answer my own questions and then later I'll be talking to someone and I'll be like, "I heard the funniest thing today" and then I'll tell them what I heard and then I try to remember where I heard that thing and then I realize that I heard it from myself when I was doing Mr. Pants's voice. Mr. Pants is the dog.

Ruth: So, you think the dog looks like a human child?

Eli: No. I think he acts like a human child because he's really smart. He can actually count to five. I saw him do it once but now whenever I try get him to do it in front of other people, he won't, and so then I just end up looking CA-RAZY! NOT THAT THERE'S ANYTHING WRONG WITH BEING CRAZY.

I suddenly realized that Ruth was giving me the same look The Perfects give me, which look communicates "you are the weird neighbor. I must tread lightly." And so, feeling my back against a wall and wanting desperately not to be "the weird neighbor," I implicitly deflected.

Eli: Did you hear about how Lynn stole Paul's cat and took it to a wedding last year?

I just threw my only ally under the bus. 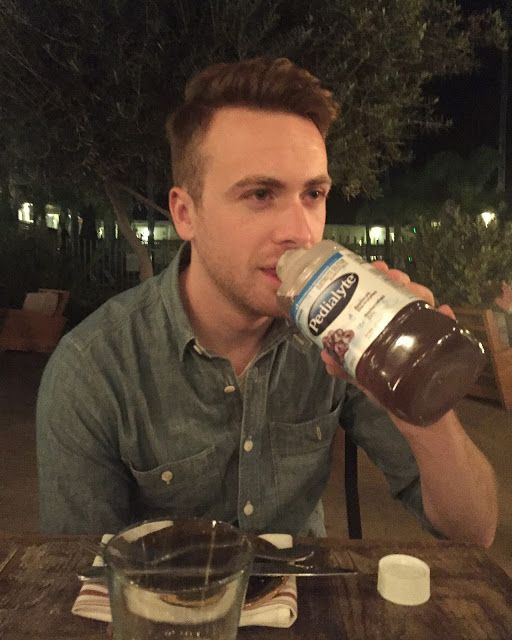 Brianne: AND DON'T YOU DARE STEP OUT OF THIS OFFICE UNTIL ALL OF YOUR CLOTHES ARE PICKED UP OFF THE FLOOR!!!! Eli: What does it matter? They're just going to 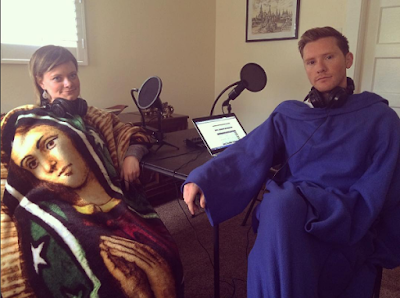 Somehow it has been about eight months since Jolyn and I launched Strangerville. If our announcement of Strangerville was equivalent to conceiving a child, you would have to watch the