I don't even know what happened. I woke up at 4:00 AM and vomited the sins of all mankind mostly into a previously-clean toilet bowl. Apply, rinse, repeat. For several hours.

Then, like an idiot, I drove to my office for a meeting. And the whole time I was saying in a crying voice that I hear my nieces and nephews use when they want candy, "I'm too good of a person to deserve this." Just over and over again.

Then I got into the office and Brianne said, "you look like a Chucky doll that replaced sleep with drug addiction." Which was hurtful. And she knows I'm sensitive about my secret gingerhood.

Then I went to my meeting and I stared at a person across a table like I was a zombie and I was trying to convince him that I wasn't so he would let me get closer. Then I walked back to my office, which took 12 minutes when it should have only taken 2 because I had to stop and sit on the ground a few times on the way.

Dr. Brianne showed up at that point and yelled, "McCann, out!" Like this was sports games and I was getting pulled from the team. NOT THAT WE KNOW WHAT SPORTS ARE.

She gave me some very strict instructions that sounded more like threats.

Then I sat in my car in the parking garage for 4 minutes before finally starting the engine and risking the lives of all the people of Salt Lake City to drive myself home, "I'm too good of a person to deserve this," erasing the silence in my white sedan.

I pulled up to the grocery store to buy all of their emergency supplies. This grocery store is in my neighborhood and it hasn't been updated since 1982 and I don't think they've even replaced their inventory since then but I like it because they always make me feel like family there and a restaurant could take a crap in my burrito and I would still go back if they called me by my first name.

I wandered the store without either of my feet ever actually leaving the orange linoleum, gathering things I'm pretty sure Cathie has told me to buy on every single occasion I've been sick in my life.

And I didn't really realize it until it was too late but I was talking to myself the whole time. It was mostly a pep talk. Just saying things like, "ok, Eli. Just take your time. The cheese is that way." Except it was slurred so it sounded more like, "ok. Blrb sliperb slappint slurb Oprah Winfrey slappy slurb."

And then I noticed that the deli lady was following me ten feet behind and she did this the rest of the time I was in the store because she either thought I needed serious medical attention or she was worried I was a terrorist. AND YOU CAN'T SAY TERRORIST ON A BLOG.

As I was checking out I was trying to remember all of Brianne's instructions and then I thought about how good of a single mom she is to her 10-year-old which made me think about how good of a person she is generally and so I started crying a little bit, but I recognized that this was weird and the deli lady was now only 5 feet away so I tried to explain to her that I was just sick and unreasonably emotional and so I was like, "slurb Oprah slub slup."

They all seemed really relieved when I got in my car, concerned when I sat in it for 4 minutes, and then relieved again when I drove away.

When I got home I crumbled into a heap of pathetic on the basement floor, shivered, and drank Pedialyte for the next six hours. Then Matt texted and said he was going to bring soup. Then he asked me if he needs to rewrite his will considering my 34 texts to him today asserting that I was "dying."

And that has got me thinking about my will, which doesn't currently exist. And so now I feel like I need to state here where I want my stuff to go.

Obviously I want Ollie to go to Matt. Matt will probably argue that Ollie already belongs to him but we can fight that out in the courts after I die.

I want everything else to go to a pretentious Montessori school. Mostly so that someone from one of those places has to go through the closet in my basement that is jam packed to maximum capacity with everything I've ever touched in my entire life, including a very unfortunate number of tamagotchis with dead batteries. (And dead fake animals). Because my family doesn't deserve to have to do that job.

Also, tomorrow is Bob's birthday and my sisters gave him this inspiring t-shirt of Bob Ross.

So that's the most important thing that has happened to me this week. Other than dying.

In this episode of Strangerville we explore stories about fear to ring in Strangerville’s first Halloween. A five-year-old regales us with tale of a hairy toe. A woman wakes up on a basement floor, alone and terrified, somewhere in Thailand. And a family 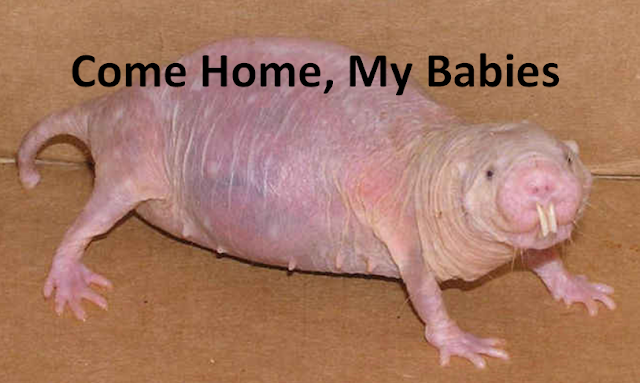 So the other day I posted that thing about how Skylar orders food the wrong way and needs to be severely reprimanded by the internet. Then he responded by creating