I received an automated voice message, an email, and two texts last week telling me that this chair I ordered at a store in Salt Lake City, which would be delivered "for sure before Christmas," would arrive on Martin Luther King Jr. Day. I was told I needed to be home to greet the delivery people. I knew this wouldn't be a problem because we suck at celebrating this holiday so I wouldn't have anything else going on, but my office would be closed for the day.

Then on Sunday I received all of the automated messages again, this time with a "window" for delivery, which was something like "sometime between the first crescent moon and the howling of the snowchest wolf."

I've never been a delivery service company so everything I'm about to say is fully marinated in ignorance and probably served with a side of inadvertent pretense, BUT: why is it so difficult to schedule a delivery for a specific time?

I kind of get it when a service provider can't give anything more specific than a one or two-hour window because they have appointments throughout the day and it may be difficult to gauge how long it might take to fix a problem before actually seeing the problem.

But furniture delivery companies? Can't you use a planner or something and generally anticipate how long deliveries are going to take?

Knowing that I would be home starting this morning until possibly Labor Day waiting for this thing, I texted Matt and manipulated him into bringing Mr. Pants to my house to help me wait.

I'm using the word "manipulate" instead of more misleading verbs like "ask" or "suggest" when I talk about getting Matt to do things because I feel like my conscience is more clear if I at least own the deceit.

Matt showed up sometime around 8:30, Mr. Pants in tow, demanded that I cook him breakfast, nibbled on some stale bread I fetched from the back of the pantry, and then left to go to some eye appointment because he thinks he's going blind in one eye now and "you'll understand when you get to be my age."

Mr. Pants and I were waiting for actually not that long when two very nice delivery people brought a chair inside.

Matt had just gotten back from his appointment by then and his eyes were dilated so wide that they actually sucked all of the light from the room and left a general darkness everywhere.

Matt is not going blind, by the way. The doctor said he's perfectly fine. But it's hard to know if the eye doctor's opinion of Matt is actually reliable considering that he gave it while staring into Matt's smizing seductive green eyes. Most people don't even remember agreeing to do things for him when he uses them as a weapon. I spent an entire Saturday demolishing a bathroom with a sledge hammer in his house once after he texted me a picture of his right eye close up.

What's that? You don't believe me? Here. Look into these eyes and tell them they are flawed:

What were we talking about? Global warming? Kimmy Gibbler? Slap Bracelets?

The moment the delivery guys left we realized that the chair was not going to fit in its intended place. And so for the next two hours we completely rearranged my entire house. And when I say "we" I mean "Matt" and when I say "rearranged my entire house" I mean "dragged heavy furniture up and down stairs mumbling obscenities in such a strong southern accent that you now have to use a Mississippi zip code to send mail to Salt Lake City."

By the time he was done I decided I didn't like how I had told him to do it and I kind of wanted everything put back exactly how it was before but I was too afraid to tell him this because he was getting hangry, which I knew because he was starting to say cranky catchphrases like, "that's not how my momma raised me" and "the south shall rise agaaaaeeeeiiiiaaaan."

So we left the house to find some food for him because I wasn't going to get away with the stale-bread trick twice in the same day.

Now I need to figure out what to do with this thing.

As always, thanks, Matt. You are everything Tami hopes to be one day. But with a better gumbo recipe. 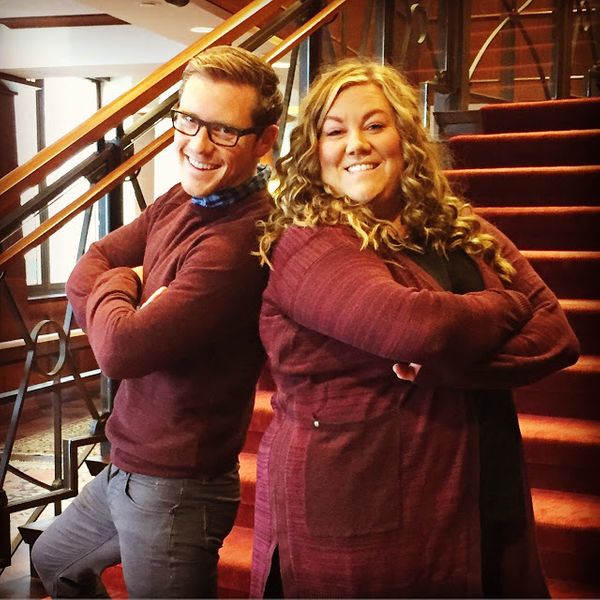 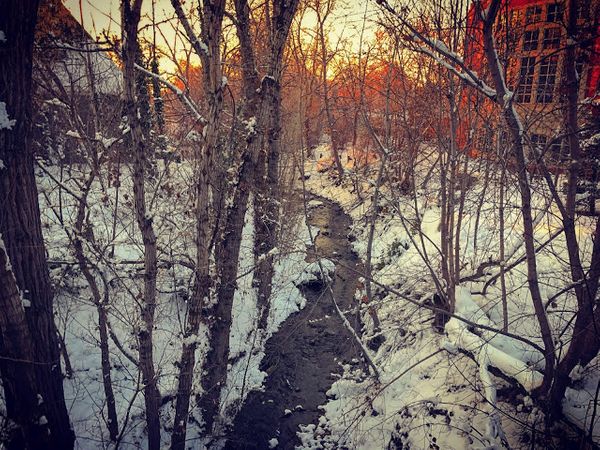 Probably because I look super hot in jean shorts, we had an amazing response to Monday's announcement of our Strangerville Live show. So amazing, in fact, that we sold out