I opened a cupboard in the basement and smelled gas and my friends and family all told me that I needed to call the mayor himself to get this resolved right away because "responsibility" and "chance of dying" and "you have a puppy now" and "where are your pants."

So today I called the gas company, because gas. They descended upon my home twenty minutes later. Two of them. Two guys. One who appeared to just be starting puberty and another who swaggered so much walking up to the front door that it actually caused Earthquakes in Germany.

They joined the circus that was already happening, because Tim the Contractor and his two sidekicks were also in the basement hitting stuff with hammers and playing mariachi music so loudly that Salt Lake City is now technically considered part of Central America.

I wandered back and forth between the gas company people and the Tim the Contractor crew, holding Mr. Doodle the entire time because he now thinks that the basement is the same thing as a toilet and he finds a way to poop down there if I set him down even though he just pooped enough to cover the globe twice out in the backyard. But he can get away with it because:

The point is, my house was a circus. And it wasn't a great time for my house to be a circus because I had eleventy million things to get done at work today.

But then I learned something: if you call the gas company and say the word "leak," they will shut the entire town down and treat your house like that scene from E.T. where all those government people walk in with hazmat suits.

I directed them to the one spot where I smelled a little gas. They tested it with some contraption I think we got from aliens but the government won't admit it because you know how they can be. They said there was gas leaking from a pipe and I needed to call a contractor to fix it.

This wasn't really helpful insight. I already knew this information. I just hoped the gas company could fix it. I was wrong. The only thing the gas company can do is tell you what you already know and then tell you 1,000 other things you have no interest in knowing.

And that's what they did.

For the next THREE hours.

They walked through every room in my house. They took my furnace apart. They poked holes all through my yard. They ran water in every sink of my house like we aren't in a drought. They turned off my water heater and blew out the pilot light. They permanently(?) shut the gas off to my gas fireplace. I think they may have even condemned the property.

They asked me questions and then wrote my answers down on pieces of paper, saying things like "interesting" the way you say that word when you are judging someone or trying to frame them for murder or both.

And then. THEN. After THREE hours of this. They told me that I had exactly one gas leak in the house.

The one I told them about when they showed up.

They told me that they turned the gas off to my house and put a lock on it so I couldn't turn it back on because I guess they don't think I deserve hot showers even though I'm a pretty good person.

And then, as if they were actually trying to find more ways to be a thorn in my side, they were all like, "also, your furnace room isn't big enough to allow air circulation to get to your water heater. So we took your door off and threw it on the floor."

I'm not kidding about any of this.

For those keeping tally, the gas company:

1. Turned off my water heater;

2. Shut off the gas to my fireplace in such a way that I still have no idea how to reverse it;

4. Trampled over some bushes I planted last year so they could test the soil for natural gas I FORGOT TO TELL YOU THAT PART THEY TRAMPLED BUSHES!

5. AND THEN, they took a door off of its hinges.

They actually removed a door from its hinges. In my house. In the house in which I live.

And they told me they had to do this. And they said it in a tone like I was putting the entire world at risk with my terrible decisions and that I should be ashamed of myself.

To be clear, this furnace room is huge. I'm not kidding. It is larger than any furnace room I can currently think of at any house with which I am familiar. It is easily 25% larger than Bob and Cathie's. This is not a small room. At all. And it has been this way for probably 90 years.

The furnace room also has a window in it and an open laundry chute leading to a bathroom upstairs. But they acted like I stuffed the water heater and furnace into a sleeping bag and buried them under a preschool.

Based on what they told me, I'm 1,000% convinced that if these people came to any of your houses, they would remove your doors and judge you, too.

And it wasn't just what they were doing. That was bad enough. But the tone in which they lectured me. You guys. That tone.

It was the Dolores Umbridge tone. You know. Simultaneously polite and condescending and like you're about to lose all of your Due Process rights.

So, as I stood, in my own home, and listened to the gas company lecture me about my bad life choices, my brain suddenly ran through several different responses.

32-year-old Eli just nodded politely and pretended to be grateful for the advice that 32-year-old Eli has no intention of following and that these gas company people probably don't even think he's going to follow anyway. 32-year-old Eli simply recognized that this entire absurd conversation was just a meaningless formality.

I told them a contractor was on his way to fix the leaking pipe. And in so doing, I somehow convinced them to take the lock off of the meter so the contractor could turn the gas back on.

He even held a lighter up to the pipe for 20 or so seconds to see if he could find the leak that way. I'm not kidding about this. That actually happened. But this wasn't the most ridiculous thing I had seen happen in my house that day so I just rolled with it.

Finally he told me that the gas company's instruments for measuring gas leaks are so sensitive that they would probably shut down the entire desert if they ran a test in the middle of it. Then he told me that the reason I smelled trace amounts of gas was probably because this pipe coming from outside is shut in a cupboard that I haven't opened in one year and there may be the tiniest bit of natural gas ever-so-slowly seeping into that cupboard--such a small amount that their instruments can't even trace it. And he said that it wasn't dangerous and without actually saying these words, he basically told me that the gas company had wasted three hours of my time.

Then, "for peace of mind," he did something with the pipe and said that if there was actually a gas leak, that should fix it. And then he left.

The silver lining here is that the gas company guys left a very nice flashlight in my house that I absolutely plan to keep.

Well, unless they come back for it.

Because not that we know what stealing is! 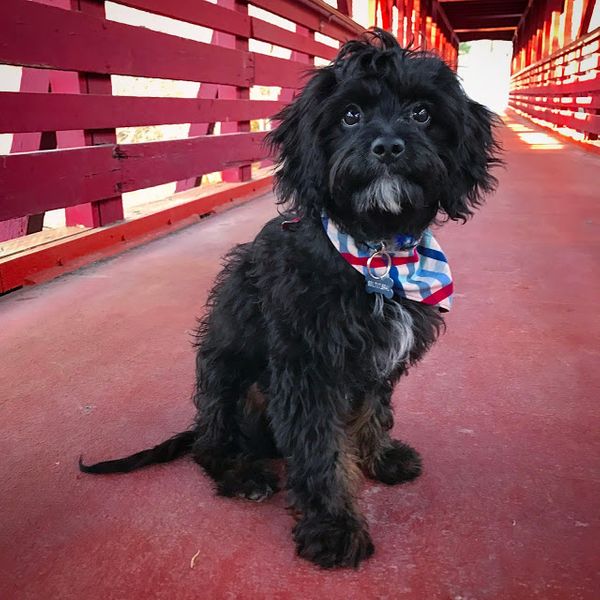 Mr. Pants is sleeping over for a few days because Matt is going on a trip. So last night I had two dogs in my bed, which is obviously heavenly, 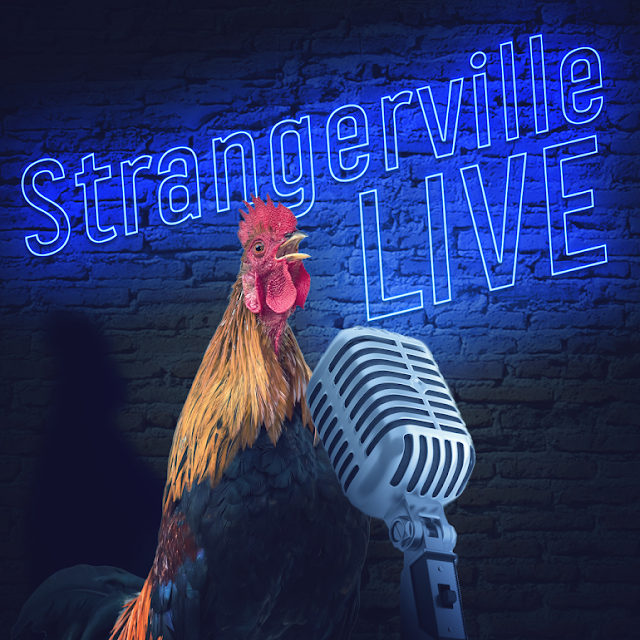 Today is your lucky day. We are releasing our February Strangerville Live Show as Episode 14 of Strangerville. We'll have details out to you in the coming weeks about our