Yesterday Skylar told me that everyone has to see Wonder Woman and then talk about how much they like it because if you don't it means you hate women. So I agreed to go because I don't want people thinking I hate women considering that my mother currently is one.

Ten seconds after acquiescing to the manipulation, Skylar informed me that he had purchased the last two tickets at the neighboring theater for that night.

I want you to know that I spelled "acquiescing" correctly on the very first try. TAKE THAT, GRAMMER NATZI'S'!

Because he purchased tickets for a very popular film so late, the only two seats available were so close to the screen that I actually got radiation poisoning during the viewing.

For background, I vehemently hate all superhero films. There are no exceptions to this. I think they are loud, plotless, gratuitous romps into a nonsensical universe that is concerned with nothing more than displaying impossible bodies who occasionally recite one-liners that are so cheesy that I actually have permanent irritable bowel syndrome just from seeing a preview once.

NOT THAT WE KNOW WHAT BOWELS ARE.

The point is, it is nearly impossible to get me to sit down and watch one of these things. It's hard enough to get me to go see movies at all because I just don't have the patience for them. Most of the people in my life have learned this the hard way and now refuse to sit with me in a dark movie theater for two hours because they don't like the feeling of wanting to murder someone.

There are two other things you need to know about my Wonder Woman experience before I explain to you exactly what happened: first, the movie started at 10:35 PM. WHEN IT SHOULD BE ILLEGAL TO GO OUTSIDE.

Second, and this is a big one, Wonder Woman is TWELVE HOURS LONG. TWELVE, YOU GUYS!

What this meant was I was going to a superhero movie in the middle of the night and I would not come out of it until the next day.

The movie theater we went to is within walking distance of my house, so we set off on foot around 10:15. I knew I had a very big challenge ahead of me so I focused on the prospect of popcorn to power me through it.

We arrived and Skylar did the thing he does that I absolutely hate where he tells me he's going to run to the bathroom and just see me in there while I stand in line to buy lard at 10:30 at night so I can usher it into the theater alone as the ticket-taker loudly announces which embarrassing film this 33-year-old man has decided to go see by himself.

I have learned from prior experiences that it's best to just have tunnel vision in these situations and try not to even wonder who is a witness to the spectacle.

Then I walked into the theater, or as it is also known, "the jaws of hell."

You guys. I'm not kidding you about how hot it was in there. It was like what a Bikram yoga studio aspires to be. It advanced global warming 20 years. It was so hot that it cured my irritable bowel syndrome.

I know you think I'm exaggerating about this so I just asked Skylar to give me a quote on the topic in order to back me up. He responded, "I felt like I had just eaten a lot of meat. And then explain what meat sweats are. You know, how after you eat such a large quantity of meat you feel feverish and--No, don't type this word-for-word. My quote ended at 'meat.' Just put my quote in and then explain the quote. Stop typing this. YOU ARE SO USELESS!"

So yeah. That's how hot it was.

This theater is one of those "humans are just lard with half a conscience so let's stop pretending to be anything greater than that" places where the seats fully recline and you lie in them eating KFC chicken they fished out of a garbage can at the DMV.

The moment I sat down, I started sweating so much that they actually had to throw out the seat after I left.

I called the theater and asked if they had any video footage of me during the movie. This is what they were able to retrieve from their security cameras.

I can't even begin to explain to you what this was like. Every 30 seconds for the next TWELVE HOURS I turned to Skylar and scream-whispered variations of "I think I'm dying!" and "tell my family I fear them" and "my stomach feels better."

Earlier today I overheard Skylar telling someone about the heat issue. He said these words: "his hair was drenched in sweat. By the end of the movie, he looked like he had personally fought Wonder Woman."

Considering all of the above, I was already looking for an evacuation strategy before they even dimmed the lights.

Then the previews started.

For the next eleventy hundred minutes I watched alternating previews of the 16 upcoming Transformer and Minion movies.

It was sometime during this that I realized that movie start times are a lie perpetrated by the Chinese to turn us into communists.

I had been warned that Wonder Woman was TWELVE HOURS long, and so I had done some very complicated time math to figure out what time the movie would end considering that it started at 10:35 PM. What I did not take into account was that I would first be forced to watch previews the length of entire movies about other superheroes I don't even have to care about to prove that I support women before the one I paid to see even started.

By the time the movie began, I had gone to another place in my mind.

This is a full, thorough, and accurate recap of the film Wonder Woman (spoiler alert?):

Claire Underwood teaches the most beautiful Olympic athlete who ever doped to beat up other women. A man crashes into her island and she convinces him to take her to World War I where she fights Germans in her bathing suit. Professor Lupin tries to convince her to kill humans, which she was already doing for ten straight hours of movie time. But she decides that humans are capable of love because a man danced with her once. So instead of killing humans, she shoots lightning at Professor Lupin. Then batman sends her a picture 100 years later and she's still hot.

Admittedly, when you add up all of my naps, I was actually asleep for 67% of the movie, so I may have missed some stuff.

On our walk home,

Skylar: I know that was hard for you, but I'm glad you tried.

Skylar: You can't tell people you hated that experience. You have to pretend you liked it.

Skylar: Ok. Let's practice what you're going to say. So Eli, what did you think of Wonder Woman?

Eli: I hate all superhero movies. But I went to Wonder Woman because I support women. And I hated it just as much as all the others. Because I treat women equally.

Skylar: You make the world worse. 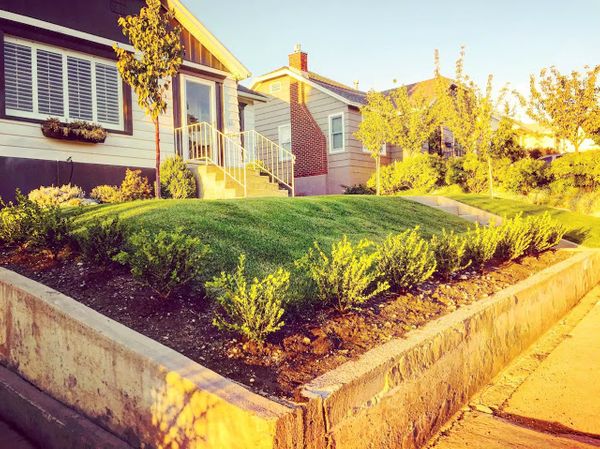 I have two giant windows at the front of my house. The larger one is five feet tall and nine feet wide. Just one, giant, single pane. It basically covers 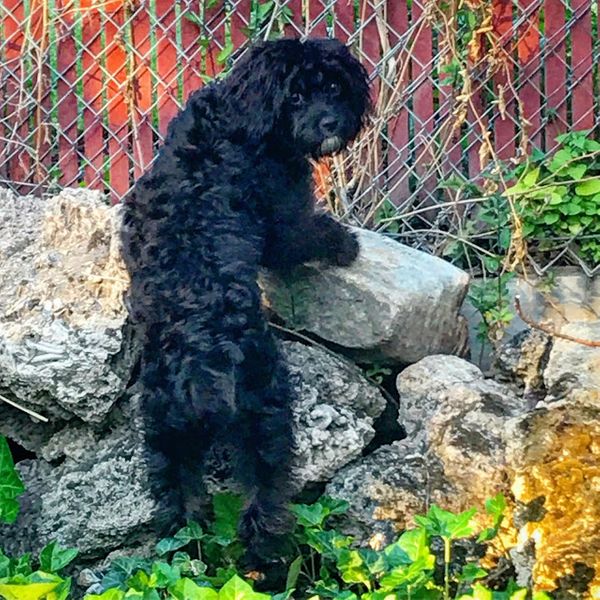 Mr. Duncan Doodle has been doing this thing where he starts following me around as I'm getting ready for work because he senses that I'm about to leave him. And