Matt's birthday was on Monday so we had his birthday party on Tuesday because we're badasses like that. He turned eleventy, but if you hear the way he says "now get off my lawn," you might think he's much older.

Being able to tell people to get off his lawn is a new thing for him. For the last many months, the yard at Broome Bungalow has looked like Xeriscaping gone wrong. (DID YOU GUYS KNOW THAT'S HOW IT'S SPELLED)

When he bought the place the yard was fine. Nothing fancy. But there was some grass and some bushes. Unfortunately there was no sprinkler system and, realizing that he was going to have to dig half the place up just to install one, he ultimately decided to just rip everything out and start over.

He really got sick of me saying some variation of "I really like what you've done to the place" every time I have visited him in the dirt-covered and dusty backyard over the last five months. But I don't feel that bad about it considering that he texted me at 11:47 last night to inform me that the Strangerville Live image I put on Monday's post "sucked" but then graciously offered me an "A for effort." He then emailed me with a cleaner version, which I have since used to replace the old one.


Because the yard at Broome Bungalow was basically Iran, every time Mr. Doodle went over to Matt's house, he came back so dusty that I had to hang him over some metal poles in my backyard and violently hit him with a rug beater.

I'm kidding. I used my fists.

Then Matt called me and asked me to come at SEVEN FREAKING O'CLOCK IN THE FREAKING SATURDAY FREAKING MORNING a few weeks ago to lay 12 trillion tons of sod that were sitting in a pile on his driveway. Skylar came and "helped," too. I'll let you decide what the quotation marks around the word "helped" mean.

The point is, when we were done it had gone from this:

And you know this is impressive because both Bob AND Cathie independently commented on it.

And literally five seconds after we put down the last piece of sod, Matt yelled as us to "git off his lawn" in such a strong southern accent that Mississippi became its own country.

I hosted the birthday party on Tuesday. Matt showed up 45 minutes early, which is exceptionally late for him (see New Years Eve 2016 when he arrived at noon for my party that started at 7:30).

He walked through the door with THREE dogs. Not one. Not two. THREE dogs. Mr. Doodle led them to the backyard where I think my property technically became the Humane Society for a time.

Matt was watching Teddy and Renley for Adam. Not much longer after Matt arrived, a fifth dog showed up to the party.

For a moment this seemed like a total mess. Five animals were aggressively running around my small yard while a handful of adults tried not to step on them. I thought this party was a disaster. Then later in the night I looked over and saw this:

Also, bonus picture of Renley from his Instagram page:

This week, Eli and Jolyn (badly) play their favorite game: What The Hell Happened. http://traffic.libsyn.com/strangerville/Short_What_the_Hell_Happened.mp3 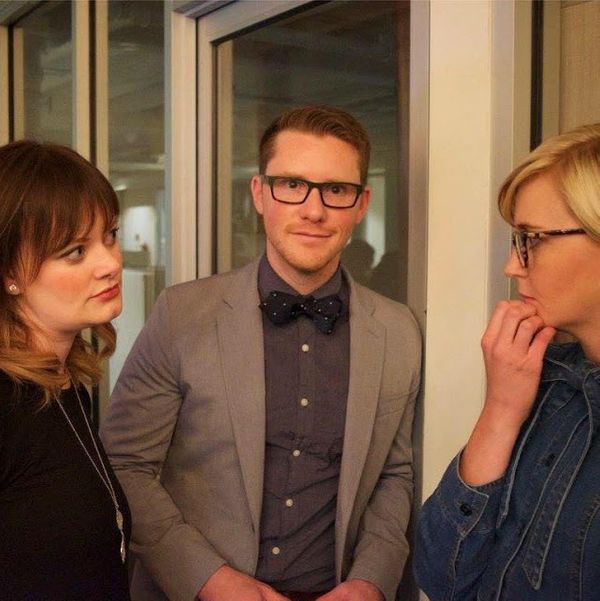 One of my coworkers told me yesterday that his wife is very concerned about Jolyn. So much so that she asked him to check with me and make sure that