One of my coworkers told me yesterday that his wife is very concerned about Jolyn. So much so that she asked him to check with me and make sure that "things are ok."

Apparently she has assumed that Jolyn and I had a falling out and for that reason Jolyn has been removed from Strangerville. FIRED. ELIMINATED.

This made me sad because I was really hoping people were instead developing my VERY PLAUSIBLE conspiracy theory that Meg has been slowly poisoning Jolyn for 18 months and she's coming after me next and by Christmas itjustgetsstranger.com and Strangerville will both be renamed almightymeg.com and Meg Worship, respectively.

Actually that's a lie. We have one significant creative difference.


I have been pitching an idea to Jolyn and Meg for the better part of 7 months to record a Strangerville Live promo video that they REFUSE to even entertain.

It was almost like pulling teeth to get them to do this one at the beginning of the year:

The idea they will not accept is this:

The camera moves in on Jolyn, Meg, and Eli, who are sitting on three chairs in a circle. Jolyn and Eli welcome Meg to her first ever Strangerville meeting. Meg is excited and nervous. Then Jolyn says, "Ok, let's do our warm up before we get started." Eli and Jolyn then ritualistically stand up and Eli climbs onto Jolyn's back into the piggyback position and begins slowly licking the side of her face while Jolyn purrs like a cat. The camera moves to Meg who is staring in horror. The screen goes black and the words "Strangerville Live" and some show details silently appear.

The responses I got to this idea were basically words like "hell" and "no" and "what's wrong with you?" and "why are you wearing a belly shirt?! THIS IS A WEDDING!"

Apparently both Jolyn and Meg were very disturbed by the "licking." So much so that they were not willing to find any possible way to salvage any other aspect of the idea.

This, of course, was very offensive to me and my mouth.

You guys. There are LONG text chains of fighting about this. And by "fighting" I mean "Eli re-proposing the idea to Jolyn and Meg who now refuse to acknowledge it or him."

You guys remember Daniel? The tall one who dipped his popcorn in soda before eating it? No? You people have bad memories.

The point is, he would have eaten this crap up. That was the good thing about Daniel. I could be like "let's burn your hand off with a blow torch so I can write about it" and he would be like "CAN WE DO BOTH HANDS SO IT'S MORE INTERESTING?"

Not Jolyn and Meg. Jolyn and Meg have this thing called "human decency" that they try to explain to me from time to time.

Jolyn and Meg are 100% of the reason you haven't seen a picture of Tami in like a year.

Jolyn, Meg, and I have an agreement that when it comes to decisions about Strangerville Live, the majority rules. This is a very strange thing for me because for almost a decade now I have operated Stranger without having to run any idea by anyone. There are at least 75 different occasions in Stranger's history that I now desperately wish I had a Jolyn and Meg to vote against me. But in any event, having to run ideas by the two and (twice now) getting voted down is a really strange phenomenon for me.

In hindsight, they were right. And if I ever have to interview for some job and they ask me to think of a time when I benefited from working in a team I have a story ready on deck. Obviously I'll exclude the detail that Jolyn was topless for all our meetings.

Jolyn went gallivanting in Paris for the better part of the summer because I guess she hates America. I know about her trip because of the 1,200 Instagram stories she posted over the course of four weeks wherein she took pictures of the Eiffel Tower and typed some variation of "what is this thing?" over the top of it. Then there was this confusing 48 hours where she and Disney Prince Hair Brandt were both posting pictures together in some club in Italy despite having not seen each other in like four years and having no plan, as far as I could tell, to find one another in a club in Italy.

Now Jolyn is apparently back in the United States of God Bless America, preparing to entertain you with a truly delightful story on the Strangerville Live stage next month. She's also probably, finally, reading about the Eiffel Tower and wishing she had bought a t-shirt while in Paris that said "I got an eyeful at the Eiffel!" 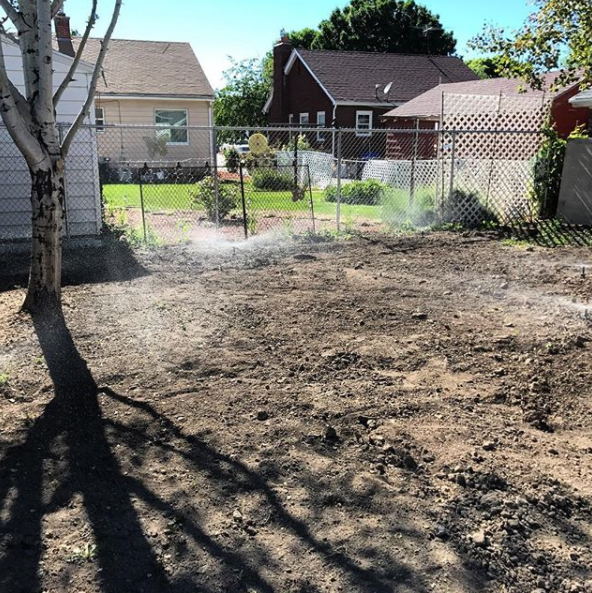 Matt's birthday was on Monday so we had his birthday party on Tuesday because we're badasses like that. He turned eleventy, but if you hear the way he says "now 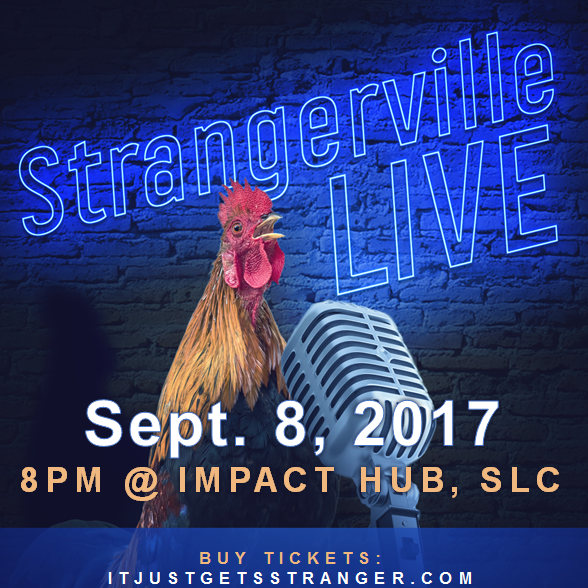 It is with great excitement that we announce our next Strangerville Live show, an event that is already being described by OWN as "probably a safe place to be in