I'm pretty sure I got a call from the mob today. Like, The Mob.

A few years ago I called TruGreen, the lawn care company, and asked them if I could pay one million dollars every five weeks to have them come and sprinkle fairy dust on my property. They said these terms were acceptable and then immediately started taking money from my bank account at random for the next three summers.

The plan, as I understood it, was that TruGreen would show up about every four weeks and fertilize my lawn. I thought I was being a responsible homeowner by asking them to do this because I have no idea how to keep grass alive apart from pouring water on it and prayin' to Jesus.

TruGreen has a robot woman call and scream into my ear that someone is coming to do the treatment a day or two before the scheduled visit. Robot woman reminds me to make sure the TruGreen person will be able to access all parts of the property. Then she says something about how my pets are going to die if I let them anywhere outside for the next few days.

There's really no way for me to know for sure that the treatment was done because they always come to do it when I'm at work. So for a couple of years I just hoped that I wasn't being scammed whenever I saw one million dollars get taken from my bank account.


Then one day at the end of the summer in 2016 the robot woman called and screamed at me that someone would be coming to aerate my lawn the next day.

The next day one million dollars was taken from my bank account. Then I got home and saw that someone definitely did not come and aerate the lawn.

I called the company and told them this. A very annoyed woman on the phone told me that I was wrong and that her records "proved" that someone had, in fact, been there that day to aerate my lawn. I told her that her records were inaccurate, that there was no evidence of aeration, and that I was now starting to wonder if anyone had ever actually fertilized the lawn the two dozen times the company took one million dollars from my bank account.

For those unfamiliar, aeration is where someone goes over the grass with a machine that pops holes all over your yard and leaves dirt clods that look like poop everywhere and you're supposed to do it every year or two and nobody knows why and if you think you do know why, you're definitely wrong because I'm telling you, no one knows why we are supposed to do this. We just know that we are.

The annoyed woman on the phone eventually told me that she would send someone out to verify that aeration happened. That person came out, verified what I already told them, and reported back to the annoyed woman, who called me and said she would send someone out to get it done the next day. And she said it in a tone like this whole thing was my fault.

Two weeks went by. I finally called and got a hold of annoyed woman's supervisor and just demanded a refund and I canceled the entire service.

By the time spring rolled around I was recovering from a work-induced nervous breakdown, I had completely stopped caring about the TruGreen scam, and I was in a very vulnerable state when a man called to try to sell me on TruGreen.

I declined all of his offers and explained my history with the company but then he was like "I'm going to give you my personal phone number so you can call me if you are ever unhappy," and "what if I offer you an eleventy billion percent discount," and "satisfaction guarantee!" and after about ten minutes of this I was all like "here's my social security number and credit card number and I've just listed TruGreen as the sole beneficiary on my life insurance policy do you need anything else?"

So they came back.

And they apparently fertilized all summer in 2017. And when aeration time came around, robot woman called, they charged me one million dollars, and when I got home, NO POOP DIRT CLODS.

I called BYU Summer Sales, the guy who gave me his direct phone number, and he acted annoyed that I was bothering him on his cell phone, gave me some song and dance about "why don't you call the customer service line if you have a problem," and then hung up on me.

I indignantly worked my way through the process like I did the last time, sounding slightly less polite than I had the year before, and vowing to never again hire this company to do anything.

Then The Mob called me this morning.

There was a man on the other end of the phone, straight from central casting, asking me in a mobster accent if I was "prepared for the coming season" and specifically whether I was going to have my lawn aerated.

Because I was curious, I asked him how much aeration would cost.

He told me that to aerate my tiny lawn, TruGreen would charge me $180.

For reference, I just checked and found that you can buy an aeration machine for $110 at Home Depot and just do it your damn self.

I told him that I had "a guy" who was going to come do it for far less and then I started making the "goodbye" noises to end the call.

Then he said, remember, mobster voice here, "that's great. You already got a guy. But it'd be shame if something happened while he was working your property. Would be better if you had a company with some . . . insurance."

I swear to you. I did that thing where I pulled the phone away from my face and looked at it like there would be something on the phone to help me process what I was hearing from the person on the other end.

I tried to tell the guy that I wasn't interested in TruGreen because I had had repeated bad experiences with the company and because I thought they charged way too much for service that I wasn't even sure I had received. But he just kept talking over me about how I needed to hire the company back because the company would have my back and finally I got so overwhelmed by the whole situation that I just hung up and now I think I'm going to go home to find TWO horse heads in my bed. 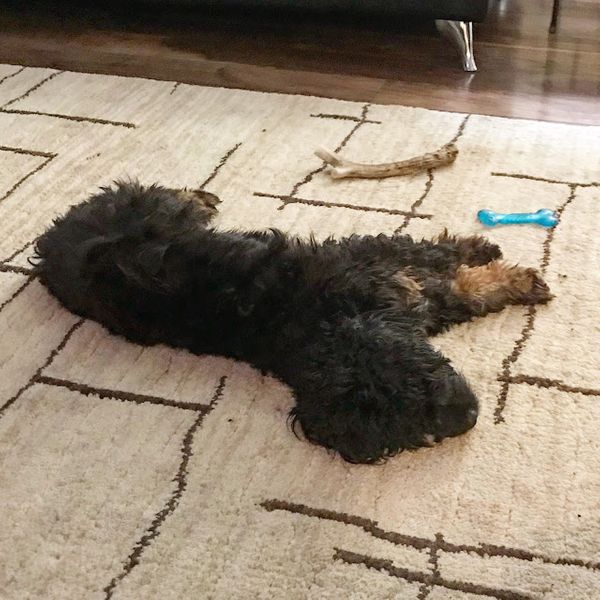 Earlier this week Paul Simon posted on Instagram that he was retiring, which was a huge shock because he didn't even attempt to consult with me about this huge decision 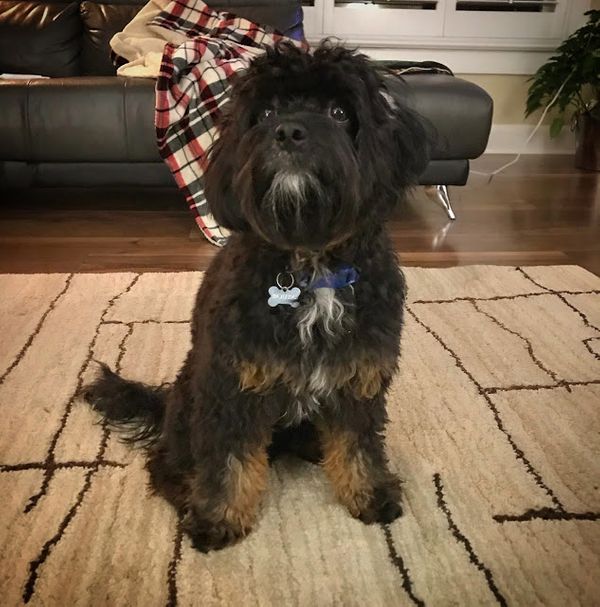 Last week was Duncan's adoption day (how has it been a year already omg you people are getting so old). I totally forgot about it because I was in the