We got to the venue for Strangerville Live on Friday a couple of hours before the show started. Jolyn and a woman who works for Church & State started lifting and moving heavy furniture to get things set up while I pretended to be busy playing with the audio equipment.

As is always the case, time flew and suddenly people were coming through the doors, including Bob and Cathie who were already habitually telling me that my story was their favorite even though the show hadn't started yet.

Bob and Cathie's unwavering support for their offspring is a double-edged sword. On the one hand, it is comforting to have a constant cheerleader section that will reassure you, until their voices are hoarse, that whatever thing you did was the best anyone has ever done that thing. On the other hand, three decades of this have not made facing this cruel world an easy transition.

Suddenly, the show began. Jolyn took the stage and welcomed everyone. The venue looked beautiful. People were smiling. Everything was going just great. Jolyn announced that Rachel Miller would be our first storyteller of the night. Rachel began her story and the audience seemed to love it.


I was wandering the back of the room, taking pictures and enjoying the story. Eventually I tip-toed up the side to row two, where there was an empty seat on the end. I sat down next to a young woman. And when I did, she leaned over to me and whispered:

Woman: Do you know what this is?

Eli: What what is?

Woman: So what is it?

Eli: It's a storytelling show.

Woman: Crap. I thought this was an event for Stranger Things.

Woman: Yes. An acquaintance was talking about this event today so I showed up because I thought it was a Stranger Things party.

Woman: Obviously. Have you ever been to one of these before?

She then turned back to the stage and listened to the rest of Rachel's story, laughing with the rest of the audience. I kept an eye out for her for the rest of the night to see if she was going to leave, but she didn't. She stayed and appeared to be enjoying herself.

She put her hands to her face in amused embarrassment when Jolyn introduced me as the last storyteller and producer of the show.

I had texted Jolyn during the show to tell her what had happened on row two, so when Jolyn stood up to close out the show and thank everyone, she mentioned that at least one person there thought that this was going to be a Stranger Things party. Row two woman got a special round of applause from an audience who was very amused by this.

After the show she found me and told me that she felt like an idiot and had no idea that this was my show when she was talking to me. I assured her that unknowingly doing embarrassing things actually meant that she very much belonged with that group.

AND NOW WE'RE GETTING MARRIED.

Ok, not really. I just thought I would throw in that last part before eleventy of you suggest it. 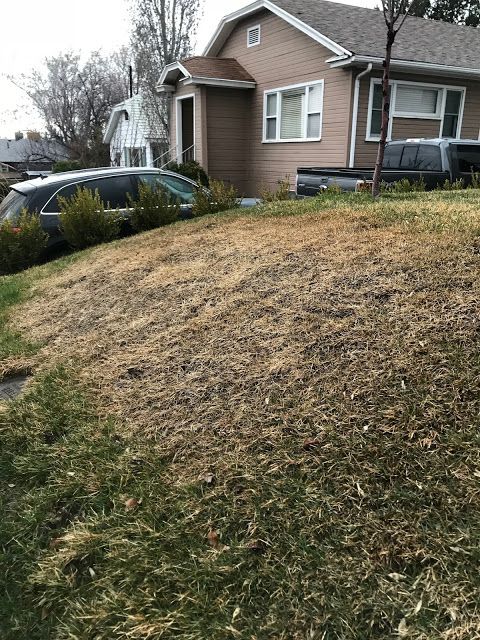 My street is on a hill, which is a problem for three reasons: 1. Sliding past my driveway on icy days and having to circle the block multiple times to

You guys. We are in the last days. I don't mean that religiously. Unless you consider Strangerville Live a religious experience, which some do. (I'm referring, probably, to the ones who have shown up at our shows wearing June Snapple shirts or Snuggies). After