Everything in my family is a passive-aggressive competition, so that's why I bought 10 pounds of tomatoes this weekend after my mother posted pictures on Instagram of her canning process this year.

Cathie's entire basement is perpetually filled to capacity with home-processed bottles of vegetables and fruits organically grown in her yard through processes about which NASA has subpoenaed her for information nearly a dozen times. Her efforts at food preservation have won her several Nobel Peace Prizes and there's a rumor that her bottled pickle recipe may have been the actual cause for the deescalation of the Cold War on multiple occasions.

Cathie pretends she has no ego in this, but I know better. She'll never admit it, but I'm certain that she is exceptionally satisfied with the fact that she is better at this than all of her children combined.

Her pride only reaches this level in one other task, quilting, which she spent so much time during my childhood doing that it is technically considered my third parent. Until age 8 whenever anyone asked me where I lived I gave them the address for the fabric store down the street. I still accept some mail there--mostly from credit unions I keep forgetting to inform that I've moved. Whether or not Cathie and I ever had squatters rights at this fabric store is something that is still being argued in state courts.

But when I saw the Instagram photos of tomatoes so red that Cathie has technically invented a new color and mason jars so vintage and hipster-looking that she automatically became a majority owner of PBR, my weekend suddenly got booked with proving my worth to my mother in the only way I know how--by defeating her.

Once I hauled the ten pounds of tomatoes and hundreds of spices and herbs Cathie's recipe, which she emailed to me, called for, I phoned her to let her know that it was about to go down.

Cathie gave me tips, which I know were not attempts at sabotage because she's better than that, and she also probably doesn't think she needs to sabotage her children in order to beat them.

Throughout the day my sisters texted and posted pictures of their own canning progress. Jams. Beets. Peaches. Pickles. All of the pictures looked like something featured in a magazine. I viewed every posting as a threat.

I couldn't get half the jars to seal, even through a full eternity in the processor. After whispering all known obscenities in multiple combinations like I was reciting spells in a potions class at Hogwarts, I finally picked up the phone and dialed my mother.

She gave me several suggestions--tricks--for getting them to seal. I tried all of these. They eventually worked.

I was proud of my efforts of the day, and only slightly dismayed that those efforts somehow only produced six freaking jars of spaghetti sauce. But nevertheless, I posted my proof on Instagram, certain that Cathie would at least consider the weekend a respectable if not close competition.

I quietly started winding up my day, brushing my teeth and taking Duncan out. And that's when I got a text. It was from Cathie.

"Just saw your pretty Instagram photos . . . did you screw the rings onto the bottles before you processed them?"

She said I was. And something about "A for effort." And how nobody is perfect. And that maybe I should put all of the jars in the fridge and eat them within the next 24 hours before they go bad. And how at least I'm getting really good at canning botulism.

There are just some things we'll never do better than our mothers.

This time in Strangerville, Eli’s mother is the world’s most supportive Instagram follower. Also, a woman gets sucked into the WebMD black hole. Story Hypochondria, by Meg Walter Production by Eli McCann and Meg Walter http://traffic.libsyn.com/strangerville/Episode_51_ 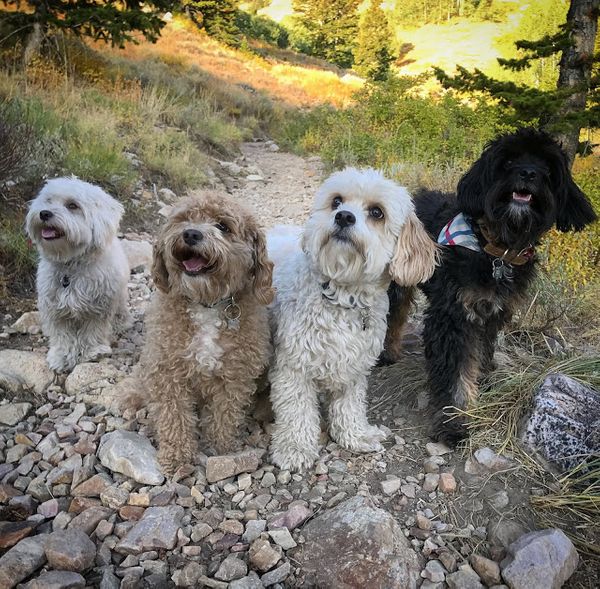 Check out today's Strangerville (show notes at bottom), wherein Skylar shares the best coming out story I have ever heard. ***** Skylar really wanted to go for a hike on Labor