You guys. There are parts of this whole celebrity/CEO/world emperor college cheating scandal that are AMAZING. I have spent the last eleventy hours reading every document I can find on the entire internet and I want there to be ten thousand more documents. AND INTERNETS.

In case you live under a rock or you don't seek out news to find pleasure in others' misfortunes, today news broke that all these rich people are being indicted (and publicly shamed) for engaging in incredibly entertaining fraud for purposes of getting their children into Yale and Stanford and etc. Apparently all of these people hired this guy and paid him literally millions of dollars to totally fabricate application materials and bribe people at the schools to get their mediocre kids accepted.

And I know. If we're like being sups woke we're probably not supposed to find any of this funny and instead focus all of our energy on how rich people milk the system and hard-working kids didn't get into these schools because someone else's parents have money and what would Jesus say and stuff. But y'all can go to Oprah for that stuff right now. Because I'm only going to be entertained by this tonight.

So they fabricated exam scores, in some cases paying this 36-year-old man to go take tests for students, and apparently he could get perfect scores, which, WHAT IS THAT MAN DOING WITH HIS LIFE.

But the absolute best thing about this is that these people were legit paying this man to photoshop their children's faces onto pictures of athletes in the middle of sportsball in an effort to lie to these schools about their kid's athleticism.

Like, they couldn't just get their kids to pretend to play a sport for one crappy picture?

There's one exchange in the Affidavit filed with the Complaint, a transcription of a conversation between a dad and the scammer they hired, where the scammer informed the dad he was going to tell a school that this guy's son was a kicker on the football team and the dad was basically like "LOL THAT FAT ASS DOESN'T EVEN GO OUTSIDE" but he has no problem with this plan.

For real. What was going to happen when that kid got to school? Was he going to pretend to be a football player for the rest of his life? There are at least 40 bad movies about this. And now I want there to be at least 40 more.

Also, how much do you love that the dad is like "The way the world works these days is unbelievable" as though he is not the reason that the world is working this way. It's almost impressive how ready he is to pass an indictment on the whole system in the middle of a conversation where he is talking about paying more than the cost of my house to have someone use a photo editing program to lie to academic institutions about whether or not his son plays sports.

There's this one part of the court filings where the scammer guy tells the parent that he needs a writing sample from the kid so the person they are paying to take the test for him can try to match the kid's writing and, well, this is HILARIOUS.

You guys. I cannot stop laughing at the image of this pathetic mother sitting with her pathetic son and trying to get him to write that pathetic note so they can send it to someone they are paying absurd amounts of money to take a test because they don't have any confidence that the son can possibly succeed on his own.

AND I KNOW. WE SHOULD ONLY BE ANGRY AND SAD ABOUT THIS. BUT IT'S ALSO HILARIOUS.

Look. You gotta just go read all 9 million pages of the Complaint and Affidavit. And then pat yourself on the back for not being these people.

I want competing documentaries from Netflix and Hulu about this like yesterday.

P.S. I am very unhappy that Aunt Becky is caught up in all of this. She better not ruin Fuller House for me. THAT was a good show. 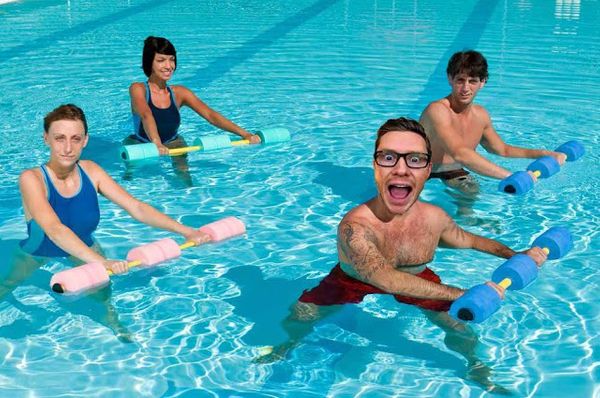 Because I STILL cannot stop reading and talking about the college admissions scam stuff, I tweeted the other day > Could someone out there help photoshop my face onto a water 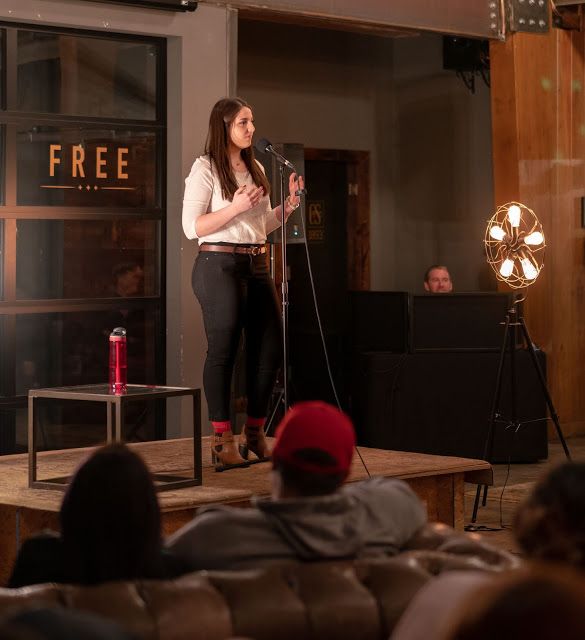 This week we've got our first of four stories from our recent Strangerville Live show. This one comes from the very funny Janilee Johnson. You can find the recording on