My parents were holdouts for nearly the entirety of the 90s. On occasion my dad would have to drive to southern Utah on business trips and if I wasn't in school I was allowed to go with him, which I did. 100% of the reason I went with him was to watch the Game Show channel on the tv at the Ramada in St. George.

My siblings and I were desperate for a fix. We had our cousin Cami stay at our house on a nearly monthly basis, primarily because she would record Nickelodeon onto a VHS tape and bring it over for us to watch. These weren't targeted Nickelodeon recordings, but something more general. She just hit the record button and let the tape roll until it ran out.

We consumed these tapes. We didn't even fast forward through commercials. Why would we? The cable commercials were different than the garbage peddled at us poor folks on regular tv. We soaked up the advertisements, the rolling credits, the previews for other shows referenced but not recorded because of the space limitations of the VHS tape. And when the tape reached the end, we rewound and started it over. We let it just play in the background while we did other things so we could imagine what it felt like to be cable people. Cable people who had MTV on in the background and took for granted how special that was.

Then, sometime around 1998, Bob and Cathie McCann caved.

I don't know exactly what prompted it. My father seemed pretty satisfied with the daytime talk shows on network television, which he would call from time-to-time to pitch ideas.

He would yell for us to come into the tv room so we could hear the call, which he somehow made with a completely straight face and suspiciously-even tone.

Jerry Springer blocked our number after a while. Ricky Lake sometime after that. Then Maury Povich. Now that I'm thinking about it, that's probably why we branched out to the world of cable. Maybe network television gave up on us rather than the other way around.

A call was made and a check was mailed. The next thing we knew, our access to television content multiplied by multiple factors.

It was just basic cable. None of that fancy HBO stuff. But it was enough for us.

Before long we couldn't believe we had lived so long without it. We had pity for those who hadn't found the light. We started filling VHS tapes with children's programming as a charity project for some of our cousins.

Cable was just a part of my life after that. And it continued to be. For many years.

Suddenly Skylar moved in with me #livinginsin.

"Why are we paying for cable?"

He may as well have taken the Lord's name in vain.

Skylar said he wasn't going to fight with me about the importance of tv (indisputable). Instead he tried to explain that cable is no longer necessary because there are better, cheaper ways to access the same and more content.

"You don't have to watch live TV anymore. There are apps for that. And by the way, you are already paying for most of those apps."

I couldn't argue with him, but I did anyway, for nearly 2 years. Then finally last night I gave in.

I texted Meg for moral support.

Not everyone can be an ally.
~It Just Gets Stranger

This time in Strangerville Eli is too sarcastic to get married. And the Suzzzz recounts her worst ever babysitting experience. Story Handcuffs, by the Suzzzz Production by Eli McCann & Meg Walter http://traffic.libsyn.com/strangerville/Episode_93_Handcuffs_2.mp3 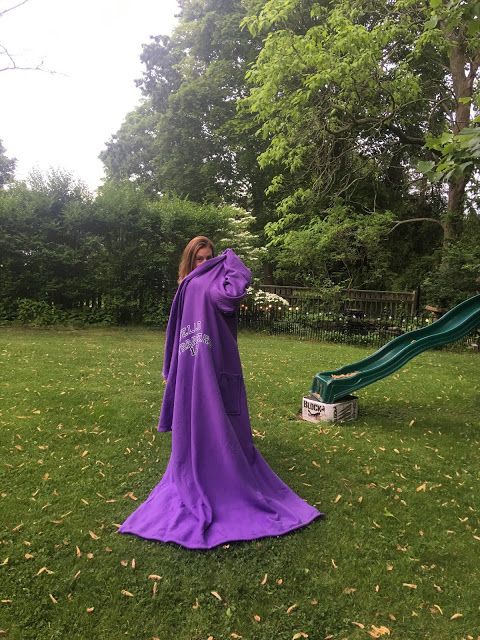 Our Snuggie has been on an adventure. It would be rude for me to keep this to myself. Please enjoy some highlights. [https://1.bp.blogspot.com/-1MNdLIYnBHY/XW2PQopMyVI/AAAAAAAAq9Y/