As you know since you are all experts on my life, I have gotten a Lagoon season pass every year since 2013.

Why do I do this? I don't know. It's very confusing. Lagoon is our local theme park and it's like . . . how do I describe this . . . it's like if Walmart started a carnival.

Now, am I better than Walmart or carnivals? No I am not. I would submit I'm not even as good as Walmart or carnivals. One time when Duncan was a puppy and he had just gotten neutered I took a day off of work and went to Walmart in sweats the moment it opened for the day and I pushed Duncan around in a shopping cart trying baby onesies on him so he wouldn't lick his crotch.

And you know what? People inside the Walmart looked at me like I was the worst Walmart had to offer.

I don't even bring up the average. You know how they do those articles and websites where they post pictures of trashy people walking around Walmart? I'm for sure on one of those.

So, yeah. I probably fit in at Lagoon. I'm probably not bringing up the average. Nonetheneverthelesswithstanding, I have seen some gems wandering around that place. Entire families in sopping wet matching denim outfits. Ten-year-olds named Bart with rat-tails and plumber cracks throwing rocks at old people. Grown men having their face painted as batman the day before a court appearance.

Ok, that last one was me, but I think we can all agree it wasn't the most colorful example on that list.

I'm here for a different reason: I'm obviously not wandering around Lagoon much these days because disease and stuff, which frankly should have been a good enough reason for me to not wander around in prior years.

The park has not opened for the season because of social distancing restrictions. For some reason park executives have determined to send regular emails to update us on their decisions to continue to postpone the park's opening. This is a mystery primarily because WHO TF IS ACTUALLY WONDERING IF A BIG DAMP THEME PARK IS GOING TO OPEN DURING A PANDEMIC WHEN YOU CAN'T EVEN GO TO A BARBER SHOP?

Because I'm a Lagoon expert, Meg has been periodically bringing me in on The Beehive Live, a daily "news" show (I'll let you interpret the quotation marks as you wish) to give updates on the Lagoon situation. She has started referring to me as "The Beehive's Lagoon correspondent." It's honestly not even close to being my worst job title.

Today I was on the show because after receiving the latest update from Lagoon, I did a sad amount of research on the various Lagoon social media accounts and platforms to gather community responses to the announcements. On the show I read some of my favorites. You can watch that if you're interested. My part starts at about 19:35.

Meg had to cut me off because we ran out of time and she's power hungry, so I thought I would go ahead and share the comments here, including a few I couldn't get to on the segment.

This is what Joey the opportunist had to say on Facebook: "I hope when it does open there will be no lines! Cause everyone is scared. I'll be the first in every ride!"

Then we have Mike with this zinger: "I think we could make an argument that Lagoon is an essential business." I know. I was worried, too. But get a load of this next sentence. "It's essential to go there if you want to know what fun is!!!"

I wonder if we can book him on Strangerville Live.

Then there's Rachelle. The only explanation I can come up with for her comment is that she just woke up from a two-month coma, crawled to a computer, googled Lagoon, and asked the first question on her mind: "Did you open the new ride this year? Has anyone tried it? Is it rad?"

Amanda, a true problem solver, tried to respond to the myriad online complaints that Lagoon has not offered a refund to people who bought season passes prior to COVID-19 lockdowns: "With people being upset that they cant use their season passes right now maybe you can offer everyone who got a black friday deal a free mug... The big ones that employees get"

Randa's question really baffles me. There's a "campground" next to Lagoon (read: "unpaved parking lot") for people to park their campers so they can have easy access to the park. "Do you know if the camp ground will still open on time, even if the park isn't?"

This is truly like asking a concert venue if you can wait in line to buy tickets even if they aren't selling any. Also that concert is Milli Vanilli.

Fortunately not everyone on the internet is clueless. Clint is here for his responsible hot takes: "Although my family goes to Lagoon every weekend in the spring every year I would argue right now we have more pressing issues than going to Lagoon this year because things are different this year with the sickness."

Clint for president. Actually, for real. I wonder if he's available.

But the final comment is really what I'm here for. This might honestly be the best thing I've ever seen on the entire internet. And I met my husband through the internet.

Tom: "My wife and I have been sitting in front of my computer and watching the Lagoon virtual rides on Youtube and pretending we are riding them. It's almost just as fun plus we don't have to deal with parking."

Please pick your favorite and discuss.

This time in Strangerville, Eli is terrified of the dentist, Meg can’t do second grade math, and a flight attendant talks about how dramatically his life has changed amid COVID-19 restrictions. Segment: Flight Attendant, by Tyler Wood Production by Eli McCann, Meg Walter, 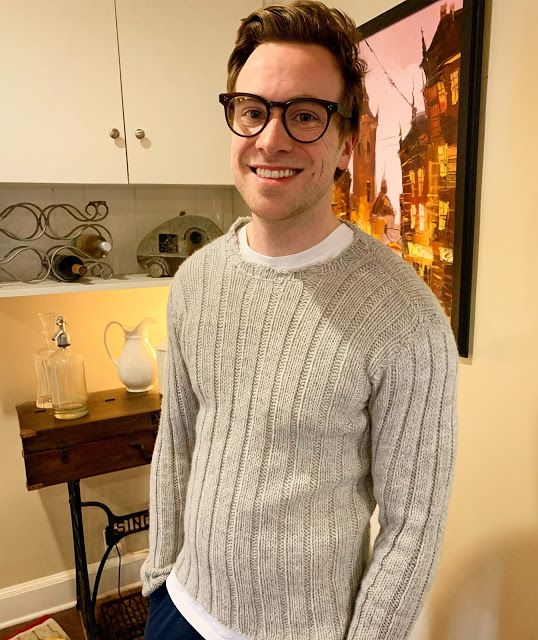 A couple months ago I decided to knit a sweater. I had been avoiding this for a while because every time I looked at a sweater pattern it was like