Occasionally I glance back through older posts on Stranger. Usually I keep this walk through memory lane to the Palau posts, because I find them fascinating now that I've been away from Palau for nearly a year and have untangled a lot of the complicated emotions I had there. I rarely look at anything prior to Palau and I almost never read back over anything I wrote before Snuggie Texts, mostly because I can't stand the way I used to write.

It makes me wonder if I'll feel that way one day about what I wrote in 2014.

But today I happened to click on a pre-Palau post about a time that Daniel and I went with Anna Swayne and Ms. Emma to Moab so I could take Paul Cyclemon on his inaugural spin.

So much odd nostalgia hit me as I read through this post from over two years ago. My budding friendships with Daniel and Anna and Emma were pretty new at the time. I had known Daniel for only about six months and Anna and Emma for a few weeks.

We had gone to Moab together and had one of the most memorable weekends of my life, night hiking in Arches National Park and biking through the red rock.

I longed for those days just a bit as I read. I missed the feelings I had then and the friendships as they were. Simple and close and somehow not yet crowded with the realities of life. And then I saw one of the pictures I included at the end of that post. And it affected me so profoundly. Because, although I didn't explain it in the prior post, I know exactly what was going on this picture.

Daniel just happened to snap this shot, capturing one of the most memorable moments of my life. A moment when I found out information that was going to change my life forever.
I'm staring into my phone and smiling, dumbstruck, because just at this exact moment I received an email from someone named Megan who was letting me know that the Supreme Court of Palau was interested in me and wanted to talk more with me about the possibility of moving to Palau to work for them.
I think the reason it's so odd to look at this picture now is because I remember the moment so clearly. But today I interpret the moment through a much different lens. One that is colored by a year of Palau living, and some aftermath.
I see that guy in that picture from over two years ago--disheveled hair and gleeful carefree joy emanating from his face at the thought that all his dreams were about to come true--and I think that life is really something funny.

As perspectives change and experiences age us, the same moments in hindsight can prompt such different emotions. And sometimes the memory of the emotions we felt when the moment actually happened seem so naive or simple or ironic when viewed through time.
If I could reach through my monitor I might tell that guy that so much of the unexpected awaits him in the next two years. A failed Ironman. A dramatic venture to a land unknown. Heartache. Heartbreak. Things not going exactly as expected.
I could tell him that that gleeful feeling he has looks funny to me now. Because I know the joy he is expressing and feeling is over news that will lead to a life of some of the biggest struggles he's ever known.
But I could also tell him that he's right in that moment to just feel joy. Because if he felt anything less, he might not jump into the opportunity. And that would be a shame. Because he really needs to know the venture to the land unknown. And the heartache. And the heartbreak. And the things not going exactly as expected.
He needs to know those things because they are going to be exactly what it will take for him to experience unprecedented joy in the future.
Those will be the things that teach him about perseverance. And hope. And true compassion. And self-acceptance. And forgiveness of self and others. And that this world, although sometimes a scary place, can be pretty damn beautiful, in more ways than one.
So I won't reach through the monitor, even if I figure out a way. I'll let him be. And I'll let myself be today as I feel similar bouts of excitement and joy at the prospect of life taking unexpected and unfamiliar turns. Because whatever awaits, no matter how hard and ugly, is going to turn into beauty.
It has to.
~It Just Gets Stranger

You guys. I know you are all very excited and you've hardly been able to sleep lately. You've made paper chains counting down the days. You've spent all of your time in the last few months trying to pick out your outfits for the 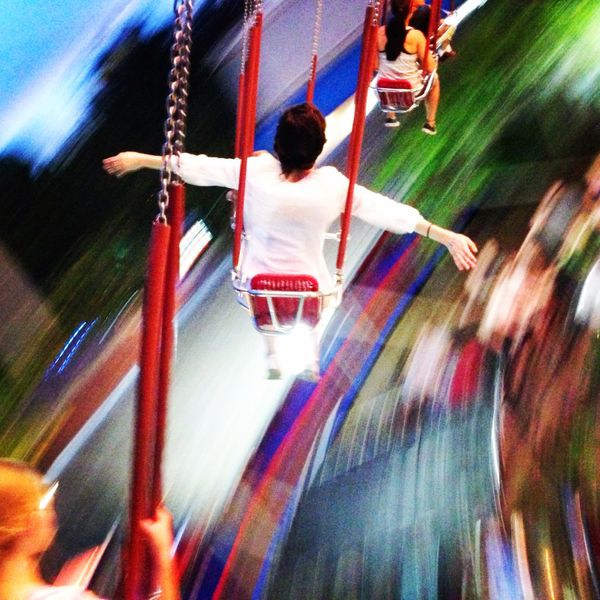 I got four voicemails within five minutes from Rebecca the other day. Each said roughly the same thing: "HELP! EMERGENCY! WHY AREN'T YOU ANSWERING! I'M NOT SAFE!" I had mixed