I'm starting to sound like a broken record. But oh my gosh. CAMPING.
A little while ago my friend Nic was all like, "come boating with my family on such and such weekend and it will be so fun and have you been working out and your hair looks like it belongs in a museum!"
Ok. I don't think he actually said the parts that came after "and it will be so fun." But whenever someone starts talking about misery, I just replace in my mind whatever they're saying with compliments. Because self-esteem.
When he mentioned the boating it seemed far away and not like a big commitment so I was like "sure. And thanks. I'm trying a new product to give it a little more volume. IF THAT'S EVEN POSSIBLE!" And he was like, "huh?" And I was like, "never mind. You had to be there."

Then I forgot all about it. Until last Thursday when he called me and said that we would be leaving as soon as my Friday deposition was over.
Eli: Leaving for what?
Nic: Boating.
Eli: Come again?
Nic: The boating trip. With my family. I invited you weeks ago. You said you "wouldn't miss it for the world!"
Eli: Hmmm. That doesn't sound like me. Was ice cream promised?
Nic: No.
Eli: Full body massages?
Nic: No.
Eli: PAUL SIMON!?
Nic: No. Just boating. With my family.
Eli: Ok. What time will we be back?
Nic: Um . . . 5:00. On Sunday.
Eli: WHAT!? I COMMITTED TO A WEEKEND TRIP?!?
Then the next thing I knew, we were road-tripping two hours south of Salt Lake City to a little place called Yuba that nobody has ever heard of in their entire life and where there would be NO ice cream, NO full body massages, and ABSOLUTELY NO Paul Simon!!!
But it wasn't until we got there that I fully realized what I had done.
We pulled up in the car to a little place where there were some trees and some dirt and what looked like a fire pit. A nervous twitch started somewhere in my feet and worked its way up to the top of my head. And then I saw it.
TENTS. FOR CAMPING. CAMPING. CAMPING, YOU GUYS. CAMPING. Like, in the dirt. The kind of camping where you sleep outside. And there are bugs. And camping. And the smell of campfire. And camping. And NO Paul Simon!
Eli: No. No. No. No. Nonononononononononononononononononononono, etc.
Nic: What?
Eli: Not if the anything. No nothing. There's, but the nothing. No. No. No. [pointing and gasping].
Nic: Use your big words.
Eli: [shaking the door handle on the car and pounding on the windows] How? Why? Who? Where? When? What? But mostly how?!
Nic: Did you just realize for the first time that this is a camping trip?
Eli: I ALREADY FINISHED BOY SCOUTS, OK?! WHY IS THIS HAPPENING TO MY LIFE!?
I think I never assumed that we would be camping because Nic supposedly hates camping as much as I do. But evidently when a boat is involved he sucks it up and turns into one of those swamp people.
Well, he sucks it up only a little. His version of camping is a little different than most. See the below picture of him returning from the trip on Sunday.

Also, whenever he wasn't napping and leaving me to awkwardly talk to his grandma, this is what he was doing:

For two and a half days we slapped bugs off of our bodies and went water-skiing.
Sunday afternoon I wandered into my apartment, climbed into my shower fully clothed, and performed an exorcism on myself for good measure.
Because CAMPING.
~It Just Gets Stranger 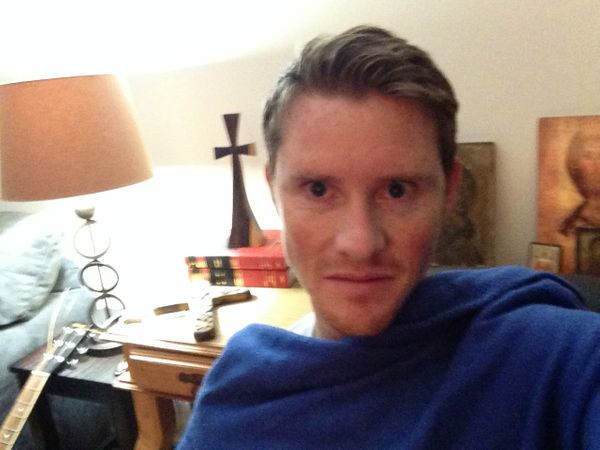 You guys. I've been working like a madman this week. One hundred million bagillion hours. I wish I could talk more about my job on Stranger because CRAZY. You guys. 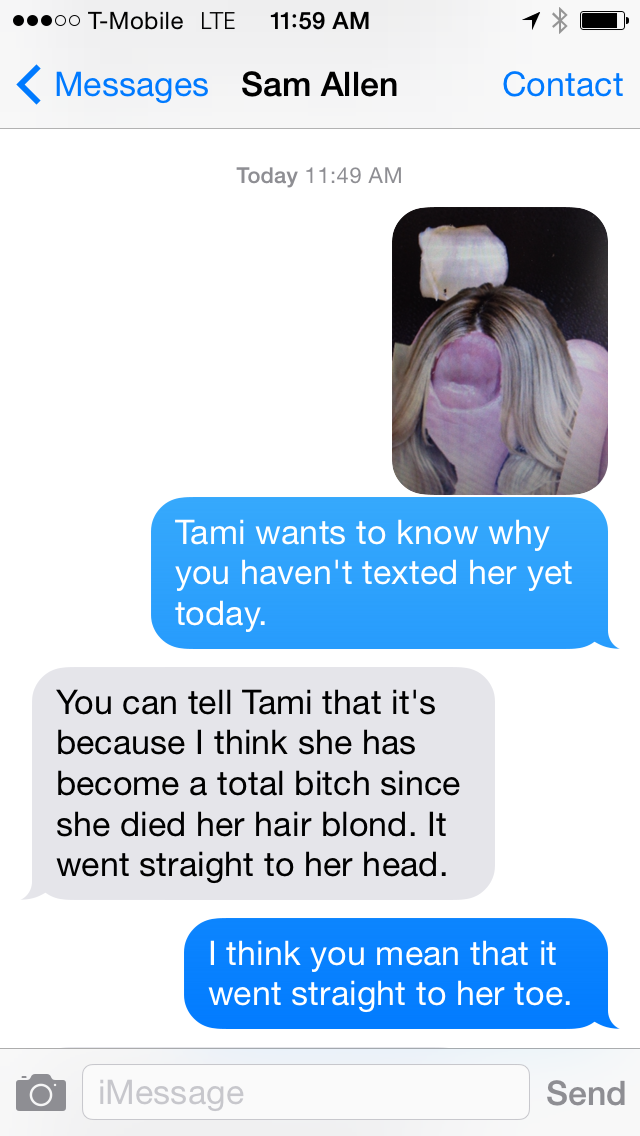 My communication to you about Tami [https://www.itjustgetsstranger.com/2014/07/tami.html] has been a little controversial recently. Some of you have not been nearly as welcoming of