My next door neighbor is somewhere around 275 years old. She has a sign on her door that says "knock loudly." This sign is also accompanied by a picture of the Nativity.
Note: it is August.
I'm pleased that she's 275 years old and basically deaf. For one, I'm 275 years old in my soul so I just feel like we belong together. But also, it's good to have a neighbor with whom I share a wall who most likely can't hear the shower-singing of songs from The Little Mermaid every single morning.
I'm not going to say which person who lives in my apartment is doing this shower-singing because I don't want to embarrass him. I'll just say that it happens every single day. And it's quite enthusiastic.
I don't really know this neighbor. I just see her every once in a while. I wave. She waves. Everyone waves. That's sort of been the extent of our relationship during the course of my year living in this place. I had never been inside her apartment. Until today.
I was leaving to go to Ms. Emma's birthday party. There I was, minding my business, when suddenly I noticed something THAT I SHOULD HAVE JUST LEFT THE HELL ALONE.
Grandma Nativity's door was open.
Initially I walked by and thought nothing of it. But something seemed strange. For one, the lights inside the apartment appeared to be off. Also, it seemed too quiet.
Being Eli McCann, son of Cathie McCann, I immediately assumed that Grandma Nativity was inside the apartment, face down in the floor, telephone in hand with the first two numbers of 911 dialed.
So I went back.
You guys. The whole time a voice inside my head kept saying, "it's probably nothing, Eli. Don't get involved. Every time you do this, something awkward happens."
But I'm super good at ignoring that voice. Interestingly this is the same voice that screams at me that I don't need to take my clothes off in public places.
I slightly stuck my head inside the apartment and called out for someone. Nobody answered. So I stuck my head in more. And more and more. And eventually I was standing fully inside the apartment.
I was exactly like the camel in that one story where he gets his nose inside the tent and eventually he's taken over the place.
I noticed that the door was stuck on a rug. These doors are the kind that pull shut if you're not propping them open, so this explained how the door didn't shut on its own.
For some reason, I pulled the rug out and let the door close. Then I continued my search through the apartment to find AND SAVE Grandma Nativity.
She wasn't there. I walked passed the 2,000 doilies and framed Mormon art, but there was no sign of any person.
I decided that she must have just left and not realized that the door was caught on the rug. You guys. She's 275 years old. She can't be expected to notice things like that.
I was feeling a little awkward being in this apartment uninvited and alone. So I went back to the door to leave.
I pulled the handle and noticed immediately that something was very wrong. It was broken.
THE HANDLE WAS BROKEN!!!
I started frantically shaking it and pounding the door, suddenly freaked out that I not only went into some stranger's apartment uninvited and while that neighbor wasn't home, but I was now STUCK inside that apartment.
I tried everything I could think of to peacefully get that door open. I was panicking.
Five minutes went by. Then ten. Then fifteen.
Finally I sat on the floor, wondering how on Earth I was going to get out of this situation.
Every scenario I imagined involved prison.
Then I heard a terrifying noise. A key was inserted from the other side.
I jumped up, threw the box of crackers back in the cupboard, and frantically started running for the back of the apartment.
My natural reaction was to hide. But then I told myself that hiding would probably make the situation worse. UNLESS I could hide really well, wait until she went to the bathroom or something, and then make a mad dash for the front door.
BUT WHAT GOOD WOULD THAT DO!? The handle was apparently broken! There was no way out!
Maybe the window! Maybe I could escape out the window!
No! This was crazy thinking. But a thousand options ran through my mind at once and NONE of them involved going to the door and apologetically explaining what happened.
Fortunately my indecisiveness caused me to attempt none of my absurd plans in time for the door to open.
And there I stood, frozen, in the middle of my neighbor's apartment.
Man: Oh. I was told nobody would be home.
Eli: I'M SORRY! THE DOOR WAS OPEN! I THOUGHT SHE WAS IN TROUBLE! I WAS JUST TRYING TO HELP!
Man: Huh? I'm here with maintenance. Someone called and said that the door handle was broken. The tenant had to have a neighbor who has a spare key come and let her out.
Eli: Right.
Man: Am I at the wrong apartment?
Eli: Nope! You found the place! We've been wondering when you would show up! GOOD DAY TO YOU SIR!
Then I quickly walked out and tried not to let anyone get a good look at my face.
~It Just Gets Stranger 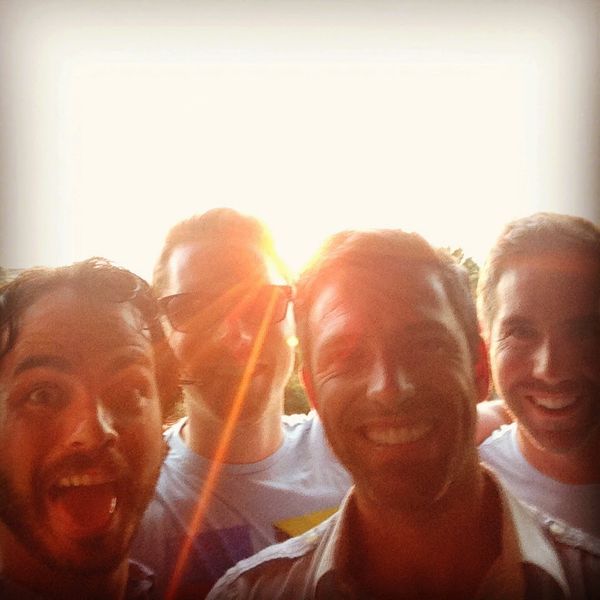 I abandoned you for a few days and now everyone is mad at me and nobody is even telling me how good my hair looks right this second. AND THIS 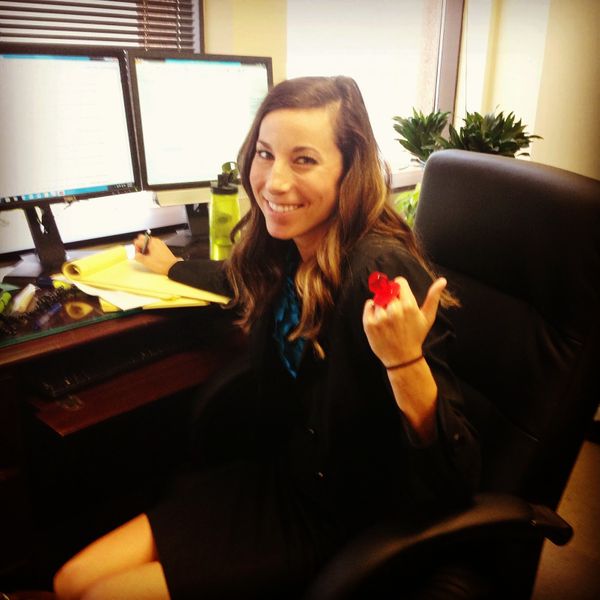 I am very lucky to be working side-by-side with my great friend Annie at the law firm. Annie and I were classmates in law school and competition partners in some