One of the main reasons I bought a home is because I wanted to till and take care of the Earth. You guys. I freaking love yard work. This was instilled in me at a very early age.

Flashback! 1987
Cathie: And don't come back inside until every blade of grass has been dusted! Twice!

See?! I grew up on yard work. Yard work was my only friend for the better part of three decades. There were a number of shovels in the garage that I considered to be family. We still get into awkward fights every year at Christmas.

So when I bought this house in December, it was with eager anticipation that I began my paper-chain countdown to yard-work season.

Yard-work season has arrived. And I am suddenly beyond overwhelmed.


I started feeling insurmountable amounts of pressure because the family next door, who I think may be perfect exalted beings, started tilling and taking care of their Earth in the dead of winter. I'm not kidding about these people. Next door to me lives probably the most beautiful and perfect family that has ever roamed planet Earth. They make the Brady Bunch look like Breaking Bad. I'm 1,000% convinced they are genetically-engineered Soviet spies, sent to infiltrate the Mountain West to uncover the *secret to Mormon comfort foods.

These neighbors have a perfect yard. Their trees are immaculately groomed. Their shrubbery looks like it was imported from Downton Abbey. Sometimes Maggie Smith wanders around in it and scoffs at passersby for wearing jeans.

Every time I go outside I can feel every leaf judging me. And to add to it, I'm very aware of the fact that, in their minds, a youngish single guy has just moved into the neighborhood, and with him the potential for hooliganism and youthful apathy.

NOT THAT WE KNOW WHAT HOOLIGANISM IS, CATHIE.

I often imagine The Perfects (what I now call the next-door neighbors) to be having a regular conversation in crotchety voices and inside their definitely-perfectly-tidy home about how that young "whipper-snapper with the perfect hair" is probably going to grow a weed garden this year.

To be clear, to whatever extent I have now made The Perfects sound like judgmental snobs, the above-mentioned is all in my head. The Perfects have been nothing but incredibly nice to me. They are basically perfect neighbors.

OH MY GOSH I BET THAT'S WHERE THEIR NAME CAME FROM!

Fortunately my yard was not a disaster when I bought the place. The yard was clean. Simple but tidy. There are some nice bushes planted around the edges in the back. The grass appears to have been taken care of pretty well. And that's about it.

I didn't notice until after I placed an offer on the place that there are absolutely no trees anywhere on my property. I was disappointed when I realized this because I've really been wanting to have one of those "Giving Tree" experiences where I choose a hearty Oak to be my new best friend and then I basically strip of if its self worth for the next seven decades and then sit on its stump regretting my life choices. Because that's basically the only kind of relationship I've ever known.

But unless I plant some trees, I'm going to have to go to The Perfects's house for that sort of thing and not only is that illegal but I'm not sure if anyone is allowed to walk on the grass over there.

I know it seems weird that I could have placed an offer on the house before ever realizing that there were no trees on the property. But the neighbors on all sides have such large and beautiful trees that on first glance it kind of seems like I live in a forest and that I have everything I need.

The forest effect is fine for the backyard. But at the front of the house, I desperately need something. My house faces the south and sits up on a hill overlooking part of the Salt Lake Valley. This is awesome. Except that the sun hits the front of my house for 200% of the day. The front of my home is an oven. You can bake bread by setting dough on the coffee table in the afternoon.

You guys. I'm Irish/Scottish/Swiss/whatever-the-Hell-grandpa-is. I can't have that much sun. I get sunburned walking through a room with all the lights on. Every time a ginger dies I get a new freckle.

So I think the only thing I can do at this point is plant some trees in my front yard to shade the house.

And what I've discovered as I have begun my landscape planning is that I have absolutely no eye for this sort of thing. I sort of thought I would be good at this because of the 18 years I spent in the Bob & Cathie Labor Camp. And I don't say that lightly. Cathie used to stand on the front porch waiting for us to come home from the last day of school so she could yell loud enough for all the neighbors to hear, "the vacation is OVER!" But as it turns out, the Bob & Cathie Labor Camp didn't actually teach me how to be creative. It just taught me how to perform backbreaking labor without losing the will to live.

I think Bob and Cathie kept me from learning useful skills so they could retain power for as long as possible.

And their little plan worked. Because I finally broke down a couple of weeks ago and called in the big guns.

Bob and Cathie showed up with a pile of books and pamphlets. Then they sat me down.

Cathie: How much do you want this?!

Bob: This isn't some little thing you can start and then neglect in two weeks. Like all of the pets you had growing up.

Eli: Hey, that bird was a little bi--

Cathie: Eli, your yard reflects what kind of a person you are.

Bob: And so far we're not impressed.

Eli: Wait. Are you guys telling me that what matters is how things look on the outside?

I felt like I had to listen to their instructions because Bob and Cathie's yard is basically the Garden of Eden. And not just because of all the naked people we keep finding roaming around back there.

They walked around with me for the next hour saying things like "well this will never do" and "you should just throw a grenade at that" and "why haven't you given us any grandchildren? You are a failure."

Then they left in a huff with a long list of instructions for me. Included in that list was a homework assignment to go tree shopping and call Bob and Cathie before making any decisions.

You guys. Cathie is ruthless when it comes to home and garden. I'm not kidding here. I will text her the name of a tree and she responds with something like, "What a great choice! IF YOU LIKE HAVING UGLY PIECES OF CRAP GROWING ON YOUR PROPERTY!" I sent her a picture of a bush I had planted and she sent me back a picture of a landfill and said "why are we exchanging photos of garbage? Is this a new game?"

If Bob and Cathie ever meet The Perfects I think my world will explode.

I walk passed him every morning. He sits on the same downtown Salt Lake City corner. I think he might be schizophrenic. I'm not a doctor. I don't know. But something is clearly causing him to behave in odd ways. Sometimes he yells. Usually 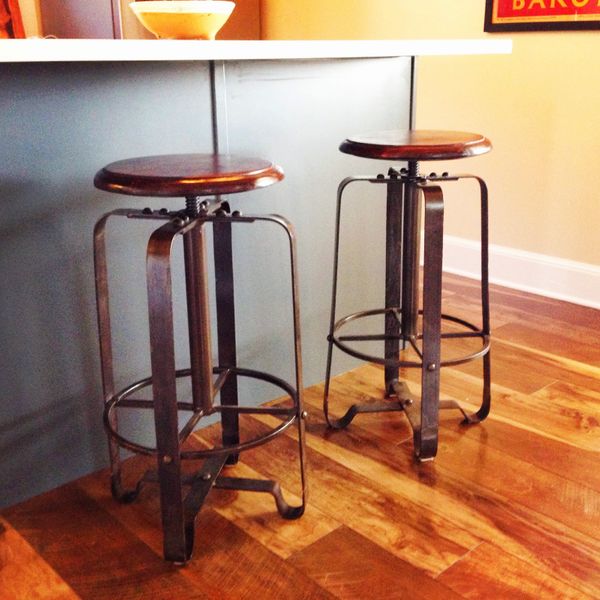 You guys. Wednesday was garbage day and you forgot, AGAIN to remind me. This is getting really serious. In the four months I have lived in this house, I think