My baby sister emitted human life from her womb on Thursday. This is her third child. I was ecstatic for little Lucy to come because:

A. Baby sister makes sassy adorable children and I want to keep one.

B. I want exactly 300,000 nieces because it is impossible to have enough nieces and if the sisters have enough babies maybe they won't notice when I keep one.

C. It is 100,000 degrees in Salt Lake City all the time always right now and baby sister should not have to be pregnant in such conditions.

D. All of the above.

And the answer is D. But I'll give credit if you chose A or B. Because mostly those ones.

I was getting confusing texts from Cathie for most of the day while I sat in my office, wondering when it would be "safe" for me to make my way to the hospital.


Note: "Safe" is when the miracle of life part is over.

Cathie kept texting me to say that the labor had ended and it turned out to be triplets. These texts were mostly entertaining but also extremely unhelpful. Then, finally, I heard that the baby had come so I made my way to the hospital.

Micalyne was sitting up in her bed, an hour after turning her body inside-out SO THAT A FREAKING HUMAN COULD GROW INTO A PERSON THAT EVENTUALLY HAS A 401K.

I wasn't surprised that she acted completely unfazed by the ordeal. Micalyne's entire house could burn to the ground the same day she lost all four of her limbs and she would roll her eyes, make some comment about how inconvenient this all was, and then plan and execute a world fair by sunset.

She's always been this way. Every second of her life is figured out. The rest of us are mostly afraid of her. But we keep her around because she does an amazing Michael Jackson impression and because, as previously mentioned, she makes freaking cute babies.

In all of the family Facebook posting, no one seems to have included a picture of baby and mom so the above is the best I can do.

It's odd to see my sisters become parents and raise kids. Sometime in what seems like only the last 10 minutes my baby sister went from asking me to pull her in the little red wagon so she could pick dandelions down the street to being a mother of three. Bob and Cathie went from changing that sister's diapers to being the excited grandparents of seven. And I stopped being a little boy who took naps under the kitchen table to being the grownup uncle who adores his nieces and nephews and wonders if he'll ever have kids of his own.

It goes fast. Strangely fast. Kids grow up. Grandparents pass away. Experiences mold people. People mold their experiences. And every once in a while a significant moment stops time and ironically reminds me that time never really stops. And I can see clearly in that moment how much we all stress about things that are tangential and forget to savor the things that matter.

That happened for me this weekend as I saw my adorable new niece breathe some of her first adorable breaths.

You guys. I hit the jackpot when it came to family. I hope to never forget that and never stop being grateful for it. Those sisters of mine are angels. They have never done wrong by me and I know I don't tell them this often enough, but I love them as much as a person could love another.

And that Bob and Cathie, too. I have not been the easiest son to raise. I'm stubborn and sometimes a little edgier than I'm sure they would prefer. But my folks have always been there for me in every way that matters. They counsel with me, laugh with me, gossip with me, and never ever judge me. They are truly the best two people I have ever known. Selfless, kind, and wise well beyond anyone's years. They inspire me to want to be a better person without ever lecturing me on what their version of a "better person" looks like. In a world where so many people are not fortunate enough to have parents like this, I wish there was a way I could share them with all of you. But they tell me they're too old for adoption now so teasing them on this public forum is probably the best I can do.

Nobody has a perfect life. But everyone has something to be grateful for. And this weekend, I'm grateful for my expanding family that always makes room for me. 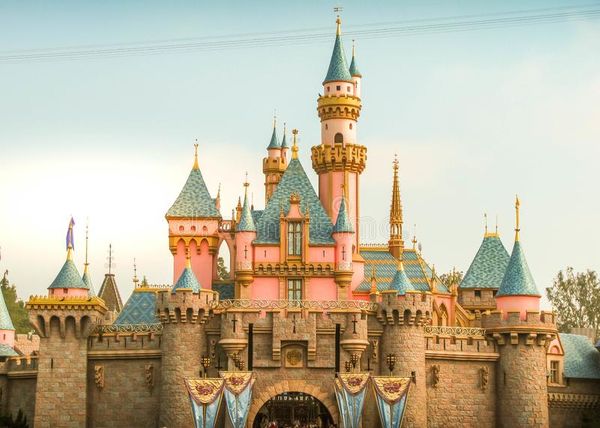 Last week I posted Disneyland Emails. I had sent emails to a few different places in the massive Disneyland network. The response I got from Aimee happened first, but I 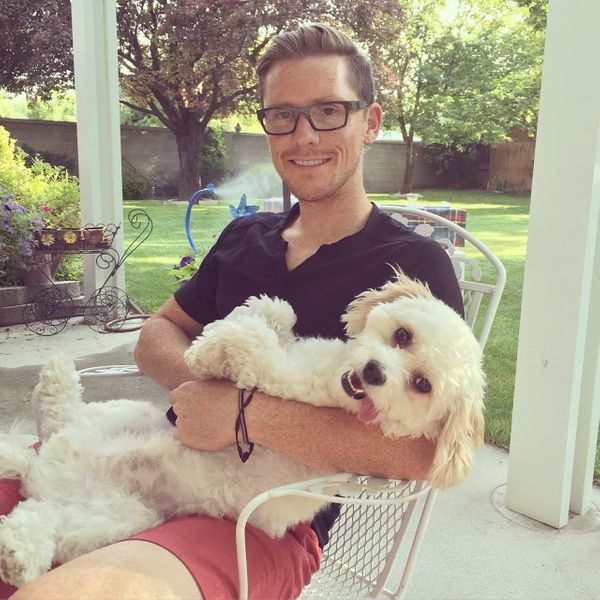 Did you guys hear that this weekend is The United States of God Bless America's birthday? Party hard, Strangers. Tami and I will be barbecuing if anyone wants to come