Because it's been a while.

Did you know that if you turn a butterfly from a slug it doesnt turn back and thats why when a persen changes in to a better HUMAN BEING they will never becom back to what they were and that is why SIENCE helps learn about the population of the earth. There are alot of peeple who dont even relize why it is so importent to keep stay in school because if you dont you cant even figur out the world around you.

Jared is probly not even lerning anything rite now becaus he doesnt even listen and always just makes friends with the bad kids like BRAD and TYLER. I gues they can just go be in gangs when they are grown up and will probly be shot evry day because thats what happens in a GANG. Theres sometimes lots of grafiti all over the walls and it is not respectful to the comunity i know my sisters would probly laugh at me for even writing this but they just dont even CARE!

Hi there do you want to here a joke becaus I know lots of them ok here it goes why does an elefant hide in a cherry tree? I guess youve never noticed so it must work when it paints its toenails red. i found out today that we are going camping for scouts but not like a long camp like the older kids because its cub scouts and not boy scouts but thats ok because i dont even want to go with the older kids because then i would have to be with trent and thos other guys and jared always shows of becaus he thinks hes even better friends with them then he is with me and thats not even FARE becaus we are the same age and we have lived next door to each other for like 4 years and that SHOUD COUNT FOR SOMETHING.

Jared is my best friend and in order it is probly jared and then tim kyle sam is to but i havnt know him for as long SO I GUESS THE COURT IS STILL IN SESION ON HIM becaus it is important to make sure that you kno your friends really good befor you make them friends becaus what if they make bad choices in there LIFE and then you wont even be able to say that you were not friends with them and then you might go to prison together. Im making a collage for skool and its about histry because we have to know what things hapend so we can know what will hapen becaus thats how histry works i found a spider but i think its a trianchlas but my sister said we dont even have those becaus that one isnt big enough but i said well maybe its just a baby still and it will get biger so i guess we will see who is right one day hahaha!

Excuse me. But I guess I'M A TECHNOLOGY GENIUS! Because I just basically technologied all over the entire Internet to bring you today's post. A while back the three most recent Youtube videos of my stories on The Porch were tragically deleted from the 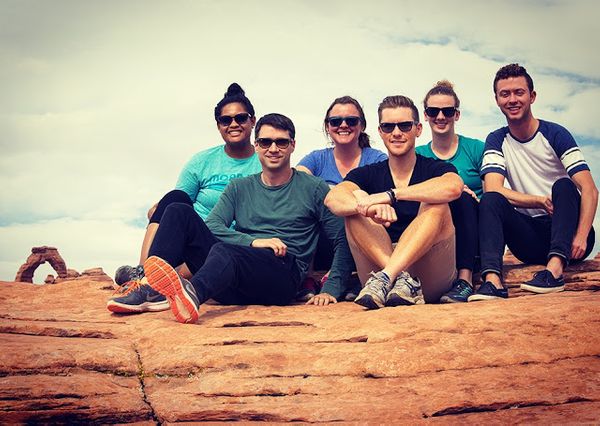 [Please come to The Porch this Saturday night in SLC. Jolyn promises to give a 25-second hug to anyone who wants one. Find info here.] I think I am the