Last month I was in Chicago. I told you about that already because I don't believe in keeping secrets from you.

The weekend ended after several days of shenanigans with my childhood best friend Sam (shenanigans=gossiping about everything every person we went to high school with has ever posted on social media until 1:00 in the morning). And then it was time to go home.

Skylar had met us in Chicago because Skylar isn't like you and me. He lives on airplanes and when someone is like "I'm going to fly to India" he's like "ok I'll just meet you there" like you said you are going to the backyard to sunbathe.

I don't understand this part of him. I loath flying in airplanes with a hot and fiery passion. There is no person who is more angry in this world that Eli Whittlesconsin McCann waiting by the conveyor belt for a bag in the Boston airport after a red eye flight.

Did that sound like a very specific example? INTENTIONAL.

Because Skylar travels so much for work he has Holy Virgin Mary Celestial Kingdom Extraterrestrial Oprah Winfrey Status with Delta, which technically exempts him from all laws and allows him to use the U.S. military for any personal reason he wants. This means that Delta throws gold at him every time he even drives by an airport. And if twelve people aren't giving him a full body massage by the time he starts making his way down the jet-way, he has a random Delta employee waterboarded.


So I guess that's why he doesn't consider plane travel to be a form of torture. His life aboard airplanes is better than any of your lives on the ground. Plus there's SkyMall.

Skylar elected to travel back to Salt Lake City on the same flight as me, informing me on the way to the airport that he would go "talk to the nice lady" and have our seats changed so we could be seated together.

He half delivered. The nice lady told him that there were not other seats available near him in "Economy Comfort" to which he had just been upgraded, but she could move him back to sit with the poor people and have us in an Exit Row.

Skylar agreed, taking all of the credit possible for his benevolence, until the nice lady suddenly informed him that he had actually just been upgraded to First Class. Skylar immediately pretended to no longer know my name and I didn't see him again until we disembarked in Salt Lake.

The nice lady put me in the Exit Row anyway as a sort of consolation prize.

And THAT'S how the next thing was able to happen.

I've been in the Exit Row many times before. I take my roll as "able to help in an emergency" very seriously and usually don't let it go to my head. Every single time the flight attendant announces that I have that emergency duty, I want to turn around to the other passengers and yell out "hear that!? There's a new sheriff in town!" But I think I have to be a lot older and slightly crazier before I can pull it off.

I know the Exit Row drill. The flight attendant walks up to the row, explains that the people there are seated in a special place, that there is a little guide of sorts in the seat pocket, and then he or she asks each person if they are "ready and able to help in an emergency." Then each person is required to audibly say "yes" before the flight attendant moves on.

It's mostly just a formality, but one that is observed on every flight for every airline. It's almost a sacred ritual at this point.

But that day, the flight attendant did not stick to the script.

She started the usual speech, but then she concluded it by looking to the man seated a few seats away from me and very directly asked him, "have you read this pamphlet regarding our emergency procedures today."

The man said "yes" without the slightest hint of hesitation.

So did the woman seated next to him.

And so did the woman seated next to her.

Then it was my turn.

You guys. I had not read that pamphlet that day. To say that I had read it would have been a lie. And I'm pretty sure it's illegal to lie on a plane. It's like saying "bomb" but worse because everyone was expecting me to carry them out of the plane one-by-one like a 9/11 firefighter if we crashed.

I knew that the flight attendant needed me to just say "yes" so she could move along. But I also knew that if I lied to this flight attendant Cathie McCann would somehow find out and wash my mouth out with soap like she did that one time when I was six and I screamed out to the whole congregation at church that "Miles Johnsen's mom is fat" and then I ran up and down the aisles while my mother chased me and people were gasping and Cathie should get a free pass to heaven.

And so, when the flight attendant settled on me, the version of myself who is afraid of his mother politely informed her that I had not read that pamphlet "today."

You guys. It was like I had said that I hated America at a rodeo. The entire five rows of people surrounding me cranked their necks to get a look at the idiot who departed from the script.

The flight attendant could not have looked more affronted.

"Have you read this pamphlet today?" she repeated, like the answer might have changed during the five seconds of silence that followed her first inquisition, during which we were locking eyes and I was most certainly not reading the pamphlet "today."

I glanced at all of the people around me, each of them looking annoyed with this disagreeable anarchist who wouldn't just say the thing that needed to be said so they could all get home and watch trashy television.

It felt like that part in 1984 where the government guy is trying to get the protagonist to say that 2+2=5 and then he's like "and it's not enough for you to say it; I need you to believe it!" and then none of us ever trusted the government ever again.

Finally, I muttered a very weak "sure" because that's exactly how much pressure I am able to withstand before completely abandoning my entire moral code.

The flight attendant finished asking the remaining folks the same question, getting the response she wanted. Then she began marching away.

Once she was three or four rows up the plane from where I was sitting, she turned around, looked at me, and said in a tone I have not heard since this one time in the fourth grade when I painted my entire desk with Elmer's Glue and Mrs. Goodrow did not think that was funny: "you, sir, are seated in an Exit Row. And you need to take that seriously."

You guys. The injustice of it all! I was getting scolded in front of the entire plane. Me. The only person in the entire Exit Row who tried not to lie to this lady.

And I know. Maybe all of those people really did read the pamphlet that day and none of them were lying but you know that's not true. Half of those people didn't even look literate.

Then I had to sit there for the next few hours with all of these people who truly hated me.

When we finally landed and I located Skylar being carried around the airport like Aladdin during the Prince Ali sequence, I told him what had happened.

He seemed incapable of understanding the concept of inconvenience in the realm of air travel so the entire rant was wasted on him. 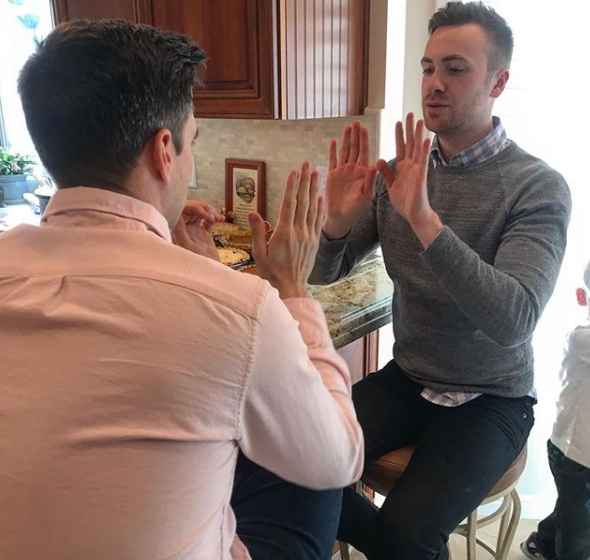 A few years ago Matt was at family dinner with me at Bob and Cathie's house. All of my nieces and nephews were there so the place was a circus, 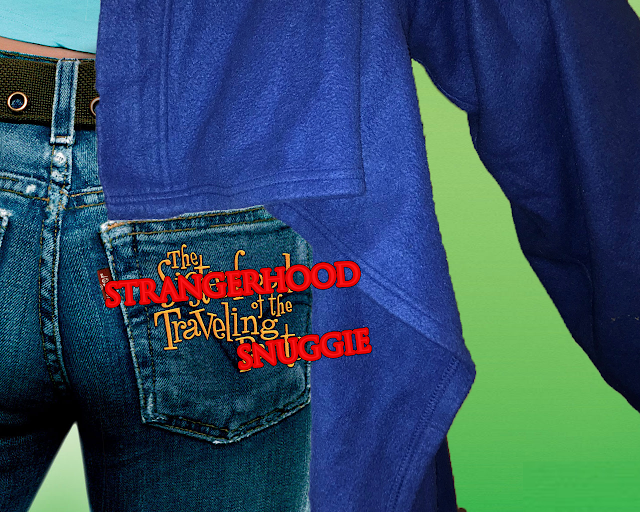