I noticed this tender bump on the back of my head sometime last week so obviously that meant that I was dying.

Meg says she's a hypochondriac. She claims to have mastered this.

Meg Walter is an amateur.

I once saw a bug bite on my hip, convinced myself that I had bedbugs, and not just regular bedbugs, poisonous bedbugs, hyperventilated, fainted at 2:00 in the morning, and then had to spend the next two weeks hooked up to a portable heart monitor so the doctor could confirm that I didn't have heart disease.

I single-handedly crashed the American healthcare system that year.

By Sunday I was convinced that it was a tumor/leprosy/bedbug-heart-disease, and so that's when I went to urgent care.

Having been around the block a few times now, I'm much more competent when dealing with my hypochondria today than I was during the bug bite situation. That's the only way I was possibly able to wait all the way until Sunday before seeing a doctor. What with my body aches, extreme fatigue, nausea, and every other symptom listed on WebMD under "things a sick human can experience."


No, it was remarkable that I hadn't sounded the alarms long before Sunday. But knowing my history with hypochondria, I was sure that the tender bump on the back of my head was a zit and the other symptoms were my anxiety trying to convince my body that I was dying.

By Sunday morning, this zit was getting rather large. It had multiplied. And the rest of the symptoms, including kidney pain now, were only getting worse.

So I went to urgent care, which has wait times so long in my neighborhood that it has now become the DMV.

And so, after waiting 2 hours to see a doctor, even though the urgent care seemed completely empty so I don't know what the hell was going on in the back room, I was finally examined by Dr. Sippy.

I don't know her actual name, but she brought a very large sippy cup into the examination room with her and drank nearly a gallon of whatever was in it while she was with me so we're calling her Dr. Sippy.

I informed Dr. Sippy about the "zit" and apologized for wasting her time and I was halfway to the door and putting my pants back on before she even pulled out some latex gloves and told me to sit down on the exam table.

Dr. Sippy looked at my head while I explained to her that I didn't actually have a blood pressure problem and that homegirl out front had to take my blood pressure twice only because I had a partial panic attack during the first attempt since every time someone tries to take my blood pressure I convince myself that I'm dying and that when they're done with the test they'll pull out those heart monitor things that zap people back to life and those things TERRIFY ME and then Dr. Sippy interrupted.

She told me she thought I had shingles, and when she did I grabbed my shirt at the neck like a rich woman clasping her pearls in front of a scoundrel and shouted "well I've never!"

She said that I wasn't contagious, but suggested that I shouldn't rub my head against any pregnant women for a few weeks. I texted Meg this, to which she responded "Well there goes our pre-show warmups" because Meg and I were destined to be in each other's lives.

Dr. Sippy sent me away with HORSE pills that I'm supposed to take 65 times a day and told me that the gallon of blood and pound of skin flakes she had ripped from my scalp would be tested to confirm the diagnosis.

To be honest, I didn't believe her for a second because I never believe any doctor who doesn't tell me that I'll be dead within the hour.

The next day I was speaking at a storytelling seminar at BYU Law School. Halfway through my presentation, I noticed that both of my hands were shaking, which reminded me that Parkinson's runs in my family and before the seminar was over I was already rehearsing in my pounding head how I was going to break the news to Bob & Cathie.

Then I got to my phone, which had a voicemail telling me that the test results confirmed the shingles diagnosis, which meant that I owed a major apology to Dr. Sippy.

I drove to the office to finish some things, feeling worse by the hour, until a coworker/friend told me about someone we know who got shingles, which are caused by stress, tried to work through it, and then ended up in the hospital for like a week.

Brianne then banned me from the office, telling me that she would get started on my FMLA paperwork.

Then I called Cathie, whose first piece of advice was "don't let the shingles make it to your eyes or you'll go blind" which is the absolute worst thing you can say to someone who is trying to recover from a disease caused by stress.

I was ordered to stay home and rest today but do you guys want to know what I'm really bad at?

I'm not good at rest.

I complained to Skylar this morning that I was bored and asked if I had rested enough to be able to go back to the office but then he screamed at me that it was only 8:15 AM and then something about "SICK DAYS ARE WASTED ON YOU" and "STOP TOUCHING YOUR HEAD."

Duncan and I have been pacing the house all day, taking the horse pills as scheduled, looking out the windows, and wishing we could play outside like all of the other kids.

These shingles are taking forever to go away. They're basically worse than, well, going to urgent care in my neighborhood.

This week in Strangerville, Meg and Eli discuss their worst bathroom encounters. And the Kathy Lee of Strangerville reminds us something that all two-year-olds already know. Story Glowstick, by Jolyn Metro Production by Eli McCann & Preg Walter Male model special appearance by Skylar Westerdahl 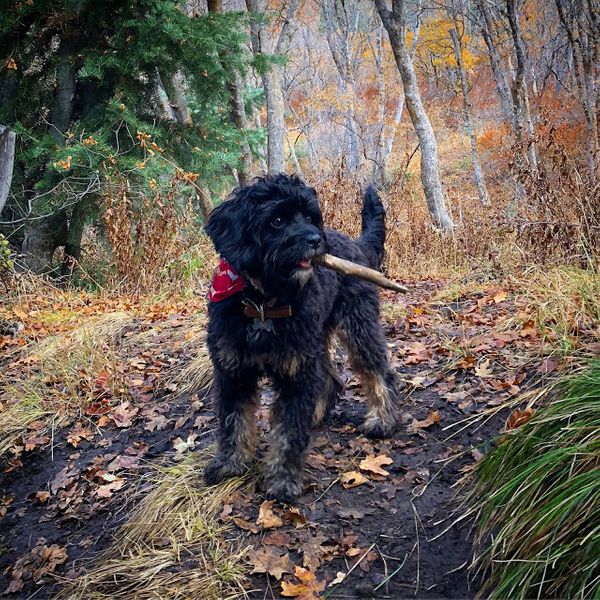 I think Duncan might have serial killer tendencies. He hasn't attempted to murder me or Skylar, to our knowledge. This is good, because I place my life in his paws