Months and months ago I was sitting at home one evening when suddenly I decided I should enroll in school.

To be honest, wine was involved. NotThatWeKnowWhatWineIs.

I googled "writing class" on my phone and found one through the University of Utah and without doing any further investigation, I texted Meg, "I think I want to take a writing course."

Meg replied, "are you inviting me or is just some weird flex."

I told Meg that I was obviously inviting her so she said she would take the class with me. The next thing I knew, I was typing my credit card numbers into the internet, one glass of Merlot sloshing in the other hand, shouting to Skylar in the other room "I'M GOING TO BE A WRITER" but I said "writer" in a weird accent that was probably not French or anything real.

The next day I saw Meg and asked her whether she signed up for the class yet because I was all excited to sit next to her in the back and copy her homework and say stuff like, "ugh, school is the worst!" and then high five her.

I think that's how school goes. I don't know. It's hard to remember.

I can still smell the paint.

Well, when I asked her about it, Meg was like, "yeah, I'm not doing that class with you. I decided if I'm going back to school it's going to be for cooking or baking or something where you get to eat your homework."

Obviously had I known that was a scholastic option, Meg and I would be chopping onions in Paris like Julia Child right now, but as it is, I already paid the fee and put the writing class into my calendar so I felt like I should follow through because I'm no dropout. #stayinschool #theworldisourcampus #entertolearngoforthtoserve

Then I sort of forgot about it, because it was months and months ago.

Last week I suddenly got an email about my first day of class, which is tonight. The class is like four hours long and it goes for the next six weeks, once a week.

I really thought this was going to be just like in My Girl when Vada signs up for the summer writing class put on by her hunky teacher so he can make an extra buck. But then when she attends she sees that it's clearly a class for adults and she's 11 and then she writes that poem that's like "I like ice cream a whole lot blah blah blah" and I was really excited to potentially be put in a position where I could save Macaulay Culkin from bees but I'm suddenly starting to feel like a FOUR-HOUR class isn't worth all that.

I truly thought taking this class would give me none of the anxiety I previously had during school. It's a continuing education course. I'm doing this voluntarily. My grade is totally irrelevant. I could literally fail this class and it would have zero effect on my life.

But y'all. I woke up ten times last night in a sweat because I kept having nightmares that I got the time wrong or couldn't find the classroom or suddenly found out I had a final for a class I never attended and I legit have a pit in my stomach today because what if the other kids don't like me and I don't have any friends and have to sit by myself in the cafeteria AND THERE ISN'T EVEN GOING TO BE A CAFETERIA BECAUSE THIS IS A CONTINUING EDUCATION EVENING COURSE BUT I'M STILL STRESSED ABOUT THIS.

How does my hair look? 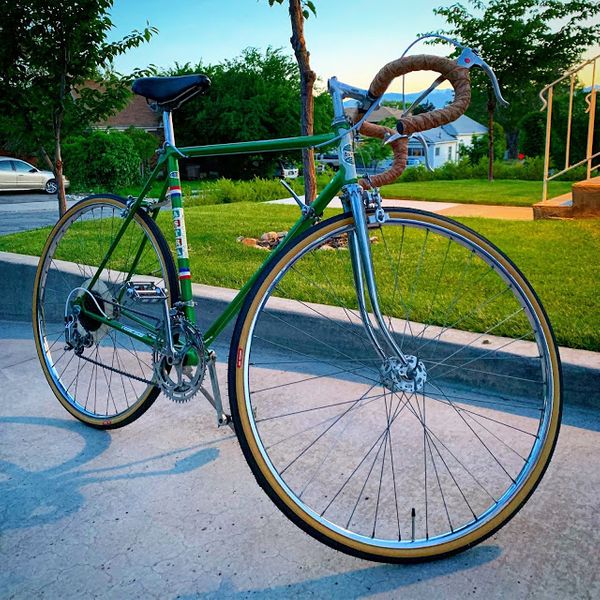 You guys--people are mad right now and I can't hold them off any longer. All of a sudden in the last couple of weeks I've had multiple Strangers out of 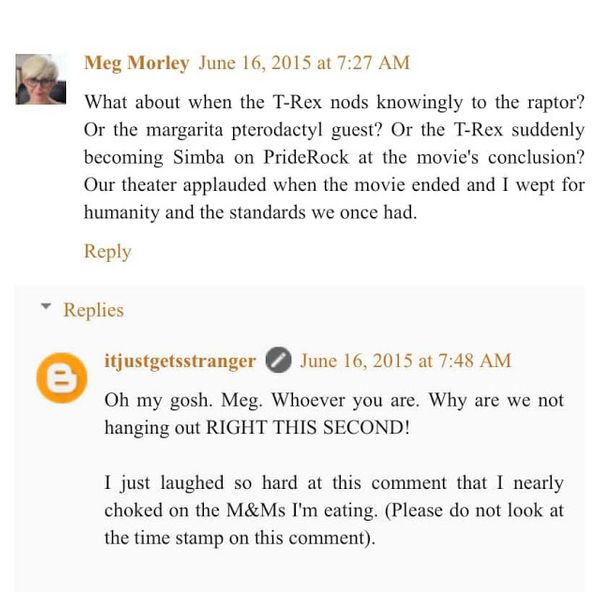 I met Meg because we both told stories at The Porch back in 2014. She was funny and I immediately wanted to be friends with her. We ran into each